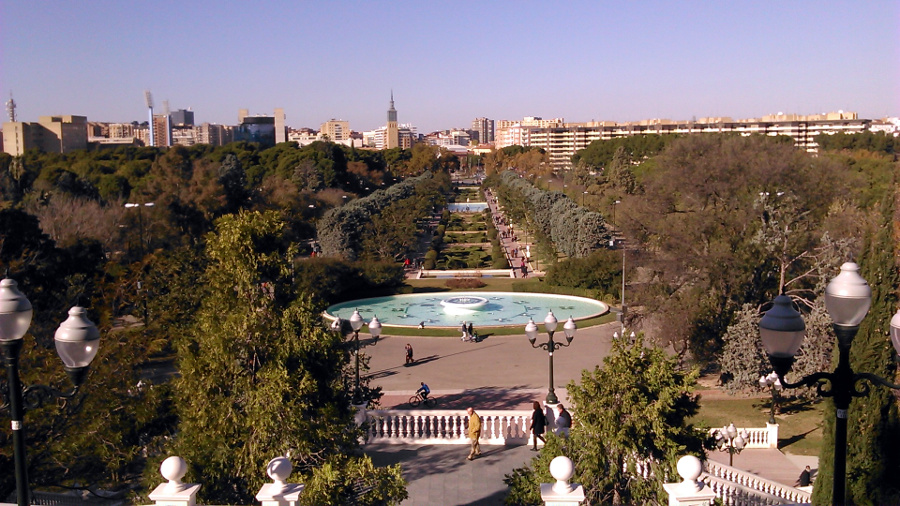 The Main Park of Zaragoza (popularly known as Parque Grande) is the most famous park of Zaragoza and one of the biggest ones of the city. It is placed at the beginning of Fernando el Católico Avenue, near the Romareda Football Stadium, and the university campus.

The park was built between 1913 and 1927, and it was inaugurated in 1929, since then it has been improved many times. Currently it measures more than forty hectares, it has around 15 fountains, a botanic garden, a view point, many terraces, paths and statues, a swimming pool (for summer) and many more activities to do.

As a curiosity, although most of the citizens call it as “Parque Grande”, the full name of the park is Parque Grande Jose Antonio Labordeta, since its previous name (Parque Miguel Primo de Rivera) was changed in 2010.

To arrive at The Main Park of Saragossa you can use the tram (Line 1 – Fernando el Católico / Parque Grande Tram Stop). 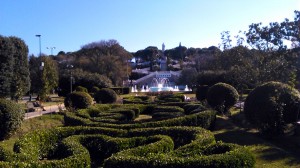 of the most famous things of the park are its fountains. The most visited are in San Sebastian avenue, between the main entrance and the stairs. They are famous because they make the water swing like a dance.

Also, during the afternoon and night, the fountains are illuminated with dynamic colorway lights which dance with the rhythm of the water. 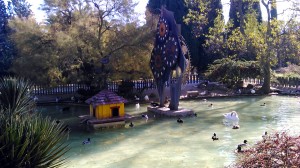 garden is placed in the centre of the park. Inside it, you can discover a variety of plants, a lake with ducks and birds.

The entrance to the botanic park is free, although visitors should take into account that it is closed during the night.

The statue of El Batallador and the panoramic view points

Climbing the stairs of Parque Grande you will arrive at the statue of El Batallador. 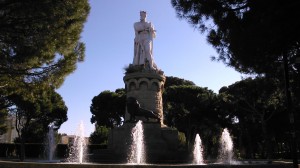 This statue represents to Alfonso I the King of Aragón, called “El Batallador” because its conquests. Alfonso I reconquered Saragossa from the Muslims in the 12th century.

Near the statue there are balconies where you will be able to enjoy a nice landscape of the city.

The terraces of the park 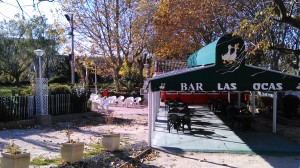 popular among the citizens to rest and take drinks in the terraces of the park in summer. There are several bars inside the park, and also a swimming pool on summer near the main entrance.

By the way, there is a unique traditional train which runs around the park. It is not expensive and children will enjoy it a lot. Also, you can rent bikes and pedal cars in the stands to cycling on the paths.

More places to visit in Zaragoza

– Gran Via: Gran Via avenue of Saragossa is one of the most important streets of the city. It communicates Plaza Paraiso and Goya Avenue – Fernando El Católico Avenue.

– Paseo Independencia (Independence Avenue): The main street of Zaragoza. Beginning at the end of Gran Via, the avenue runs from Plaza Paraiso all the way to Plaza Espana.

– La Aljafería (The Aljafería Palace): A must for all tourists that arrive in Saragossa is to visit the stunning Aljaferia Palace, which is really the most visited historic site in Saragosse. This medieval islamic palace was built by muslims on the banks of the river Ebro in the 11th century.