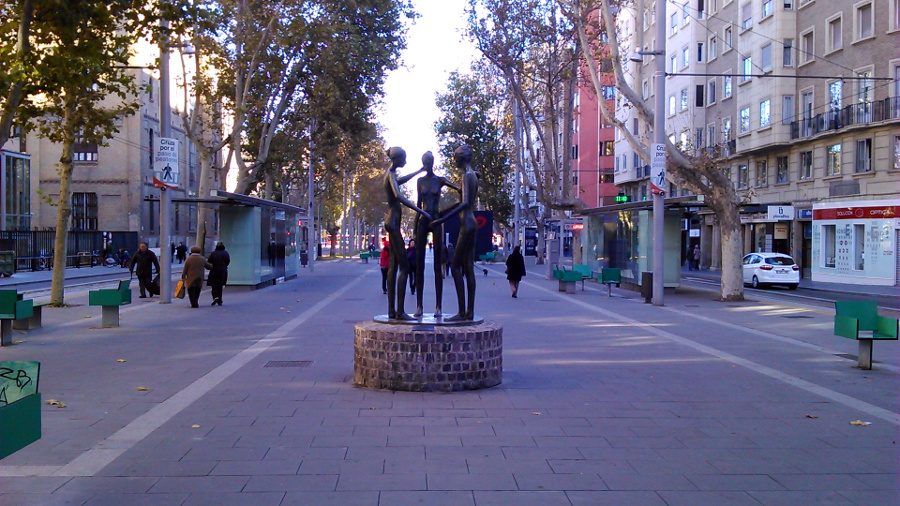 Gran Via Avenue of Saragossa is one of the most important streets of the city. It communicates Paraiso Square (at the beginning of Paseo Independencia)  and Goya Avenue. Once passed the cross with Goya Avenue, the street changes its name to Fernando El Católico Avenue. 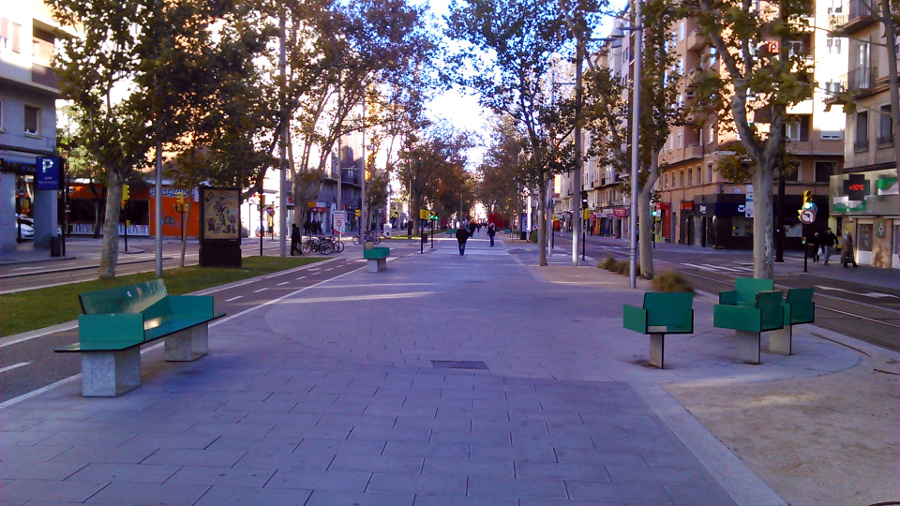 the new tram of the Saragossa began to work through this avenue, and the sidewalks were extended to enable the people can go from The Romareda Stadium and Parque Grande to Plaza España on foot.

What to do in Gran Via Avenue

– To walk from Parque Grande, near the Football Stadium “La Romareda” to Plaza Paraiso  (starting in Fernando El Católico Avenue and continuing in Gran Via).

– To arrive at Paseo Independencia, the main avenue of Zaragoza, and then go to El Pilar.

– To visit Plaza San Francisco and the University Campus.

– Parque Grande: It has more than 15 fountains, a botanic garden, a view point, many terraces, paths and statues, a swimming pool and many more activities to do.

– La Aljafería (The Aljafería Palace): A must for all tourists that arrive in Saragossa is to visit the stunning Aljaferia Palace, which is really the most visited historic site in Saragossa. This medieval islamic palace was built by muslims on the banks of the river Ebro in the 11th century.

– More popular places in Saragossa.   Read also our post with the best cities of Spain