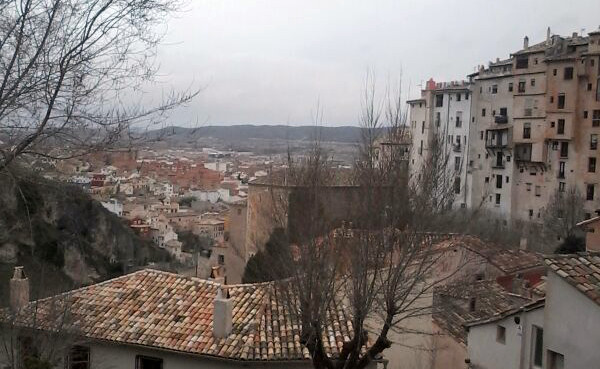 Cuenca is a Spanish city located in the central zone of the country, between Madrid and Valencia. Founded on the 8th century, nowadays it has around 50,000 inhabitants and it is virtually divided in two zones: the old town (uptown the city) and the modern city beside it.

To walk from the modern part of the city to the Old Town can be described as an inexplicable sensation. Step by step, when you up the slopes and the streets becomes more and more narrow, you start to feel that the 21th century disappear and you come back to a medieval age where the traditional buildings and the nature is present everywhere. 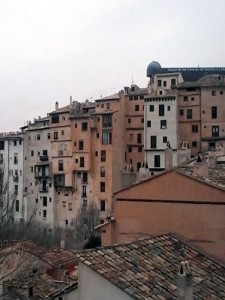 St. Martin Neighborhood is a popular zone of Cuenca where the time have been stopped long time ago. It is placed in the top of the city, and is full of narrow streets and traditional buildings. Probably, its most famous picture is the views of its balconies, from where you can see a sensational landscape of the city.

In St. Martin Neighborhood and its surroundings, you will find many interesting places to visit:

– Alfonso VII Street, with ends in the Main Square (Plaza Mayor), where is placed the The Cathedral of Cuenca.

– The cathedral (Catedral de Santa María y San Julián de Cuenca): The Cuenca’s Cathedral is in the Main Square, uptown the city. It was built between the 12th and 14th centuries.

– The hanged houses (Casas colgantes): The hanged houses are the most touristic monuments of Cuenca. They are placed at the beginning of the Old Town, in a slope called Hoz del Huécar. Long time ago all the ravine had houses hanged, but nowadays remains only three of them.  Don’t leave St. Martin Neighborhood without taking a photo of the Hanged Houses!

In the area are also placed some museums as The Abstract Art Museum (Museo de arte abstracto) or The Holy Week Museum.  Finally, leaving the neighborhood to the modern city, there is the Jucar river and its benches, in where are a lot of green zones.

Read our full list of cities and destinations to visit in Castilla La Mancha.