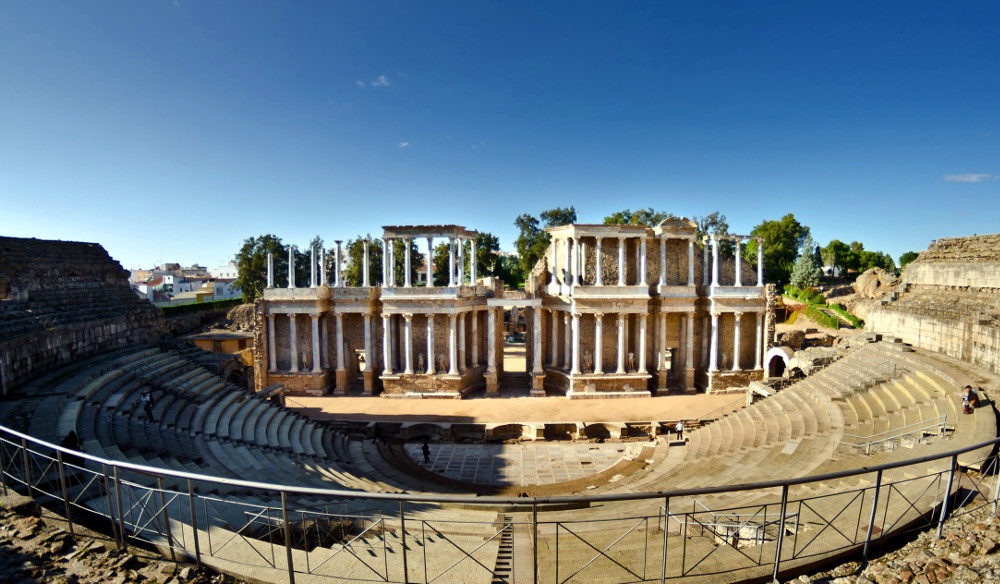 Situated in Badajoz province, in the west of Spain with a population of about 60,000 inhabitants, Mérida is the capital city of Extremadura region. Moreover, its favorable geographical location in the Silver Route with several highways to Gijón, Seville, Madrid, Lisboa among others and the Guadiana and the Albarregas rivers crossing the city make Mérida an attractive and easily accessible city. 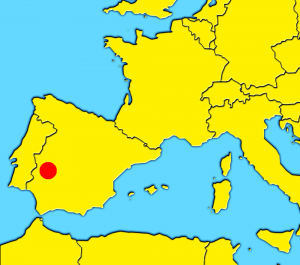 Mérida was founded in the year 25 before Christ by order of the Roman Emperor Octavio Augusto (68-14) who called it Emerita Augusta, which became one of the most important cities in the Roman Empire. In fact, the most emblematic monuments in Mérida were built during the Roman Empire. After the Romans, in the 5th century the Visigoths were in Mérida until the early 8th century that was conquered by Muslims. When Abderraman II (792-852) of the dynasty Omeya arrived in Mérida in 834 built the Alcazaba on Roman and Visigoth walls. After that, Alfonso IX (1171-1230) king of León reconquered Mérida in 1230.

What to visit in Mérida

Mérida is of special historic interest in where visitors can explore plenty of ancient monuments within the walled city. Although several of them are scattered around the city or outside the walled city, the followings monuments are must-see places.

Roman Theater is the most remarkable building in Mérida being built by Marco Vipsanio Agrippa (63-12) son-in-law of Augusto and finished its construction in the year 15 BC. As for the current monumental proscenium (stage), it was built in the early 2nd century with marble colums and statues. Having a capacity of about 6,000 spectacles, the Roman Theatre is regarded as the most renowned Roman Theatre in Spain.

In summer, visitors to Mérida should make sure to include an evening performance to the Roman Theater in their programs because this is the season that is celebrated the most important Festival of Classical Theater in Spain. Roman Amphitheater was inaugurated in the year 8 BC with a capacity of about 16,000 spectators. It is next to Theater.

The House of the Amphitheater dating between the 1st and 3th centuries consists of remains of several Roman buildings. It is also worth visiting. 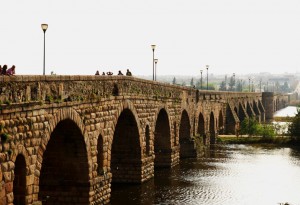 The National Museum of Roman Art ( MNAR ) whose building is itself worth a visit, was built by world renowned architect Rafael Moneo Valles in 1986, here visitors can enjoy Roman sculptures, mosaics, documents and so on. In fact, the Museum is one of most great archaeological Museum in Spain. It is near the Theater.

By the way, in this area there are terraces, cafés, restaurants, bars, shops and the pedestrian streets of the city center nearby. If visitors take a stroll along the pedestrian Streets they will find emblematic monuments. Diana Temple was probably built in the early first century under Emperor Augusto in order to dedicate it to imperial cult.

Roman Bridge over the Guadiana River has 60 arches and almost 800 meters long and 12 meter high at its highest point, being the longest Roman Bridge in Spain. It was repaired several times in the 17th century being added 5 arches.

House of Mithreo is a grad home dating between 1st and 2nd century AC decorating with wonderful mosaics and paintings. Here the visitors can see the Cosmological Mosaic which is one of the best Roman mosaics in the world. Tourists should not leave Mérida without enjoying it. 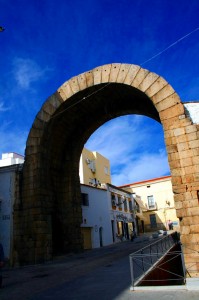 Spain Square is he main meeting point in the city with important buildings such as the Cathedral, City Hall and several palaces, as well as, restaurants, open air terraces, cafés, benches, a lively and enjoyable place to have fun. Co-Cathedral of Santa Maria was built on the site of the main Visigoth Cathedral of Santa Maria. Dating between the 13th and 16th centuries the Cathedral was a burial site until 14th century.

Old Santa Clara Church dating from 17th century in baroque style is used as the Visigoth Museum, here visitors will be able to see one of best sculptural Visigoth collection in the Peninsula. It is near the Cathedral.

Arch of Trajano was probably an access gate to a temple, measuring almost 14 meters in height and more than 5 meters in width.  Old Hospital of Jesus dating from 17th century is currently a luxury hotel. However, tourists should not leave the city without seeing its cloister.

Santa Eulalia’s Basilica was built on the side of remains of Roman houses and a Visigoth Basilica between the 13th and 14th centuries. Here people can find the Temple of Mars and tombs of different periods. It is also worth a visit. 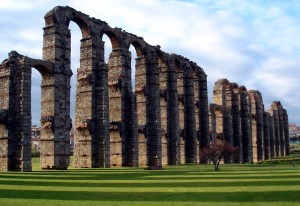 Roman Bridge over the Albarregas River is near Los Milagros Aqueduct it was built in the late first century before Christ. Los Milagros Aqueduct was built by the Romans in the first century, it was a hydraulic system to bring water from Charca of the Albuera or Proserpina reservoir to the city. Nowadays, people can see about 800 meters long of this preserved Aqueduct which was 840 meters long and 25 meters high. It is near the Roman bridge over the Albarregas River.

Roman Circus was possibly built in the first century AC outside the city walls. Measuring more than 400 meters in length and more than 95 meters in width. Having a capacity of about 30,000 spectators, the Circus of Mérida is one of the largest and best preserved circuses of Roman world. Close to the Roman Circus can be seen remains of the San Lazaro Aqueduct.

Lusitania Bridge over the Guadiana River was built by the known architecr Santiago Calatrava in 1991. Mérida is not only popular with the tourists because its monumental Archaeological Ensemble but also its gastronomy, festivals, parks, sport, relaxed and friendly atmosphere, nightlife and above all, its tasty cheese, ham and wine.

If you are thinking of visiting Mérida, you will come across many much interesting buildings, sculptures, monuments,and so on. Mérida is situated to 340 km from Madrid.

– Andalucia: Andalusia Region is located close to Extremadura, and has many touristic cities as Sevilla, Granada, Cordoba or Cádiz.