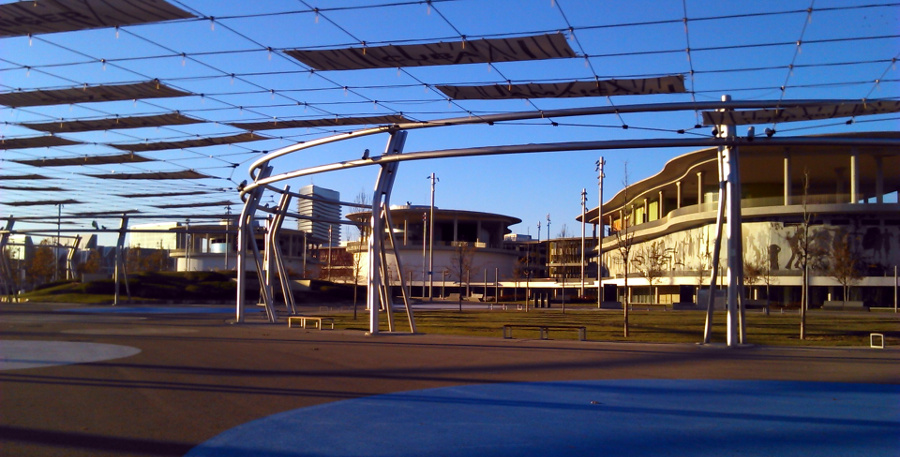 In summer 2008, Saragossa received the international exposition Expo Zaragoza 2008, which was placed aside the shore of the Ebro River, in Pablo Ruiz Picasso Avenue.

The buildings, squares and structures were situated from the city center, behind the Pilar Basilic to Delicias Intermodal Station, the main train and bus station of the city.

The topic of the exposition was the water and the sustainable development, and 108 countries were presented in their pavilions. Also, three bridges, one skyscraper, an aquarium, a park and many more structures were built for the exposition. Finally, at the end of the summer, more than 5 million people visited it.

Currently, the Expo Zone is open to all the visitors who want to see the area and enjoy its activities. Don’t miss it if you are visiting Zaragoza!

To arrive at the Expo zone, you can go by bus using the Ci1 and Ci2 lines. 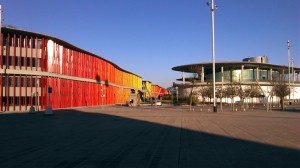 were once the heart of the exposition. Nowadays, most of them have been recovered and transformed in offices.

Around the pavilions, you will find sculptures, squares and green areas. An ideal place to walk, rest and take photos. 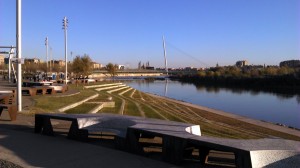 of the Ebro River were recovered and improved for the exposition. As a result, now you can take a walk from the Pilar Basilic and the Roman Bridge (Puente de piedra) to the Park of the Water.

During this walk you will see a lot of green areas, fountains and cafes, all the time bordering the river in one of the most nice and calm routes of the city.

Three bridges were built over the Ebro River in the Expo Zone:

– The Bridge Pavilion (pabellón Puente) where there are periodical expositions organized just over the river – literally 🙂 -, 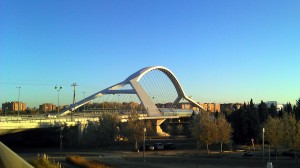 – The bridge of the volunteers (pasarela del voluntariado). A pedestrian bridge dedicated to the people who worked in the exposition. 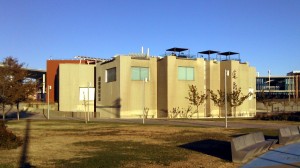 you can visit the Fluvial Aquarium on the Expo Zone.

It is the biggest fluvial aquarium of Europe, and it is placed close to the pavilions. 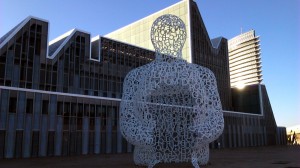 Congresses Palace (Palacio de Congresos de Zaragoza) has an auditorium, a multipurpose room and other dedicated spaces, where can be organized a wide variety of events and meetings.

It is placed in the Expo 2008 Avenue, just near the Third Millennium Bridge and the Alma del Ebro sculpture.

The Tower of the Water (La Torre del agua) 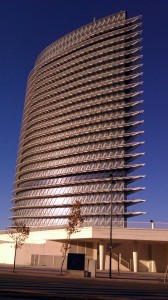 was one of the icons of the exposition. It is placed in the Park of the Water and climbing its stairs you will see a nice landscape of the whole city.

During the night, the Tower of the Water is illuminated by colorful light which gives you a unique sensation.

The Park of the Water (El Parque del agua)

Finally, you have to visit The Park of the Water (Parque del Agua Luis Buñuel). This park is nowadays the biggest park of Zaragoza. Inside it, you will find a lot of green areas and activities: A lake with boats, An artificial beach with swimming pools, a whitewater channel, a golf camp, horses and many more.

Here you have a map of the park and the Expo Zone which includes the principal important points: 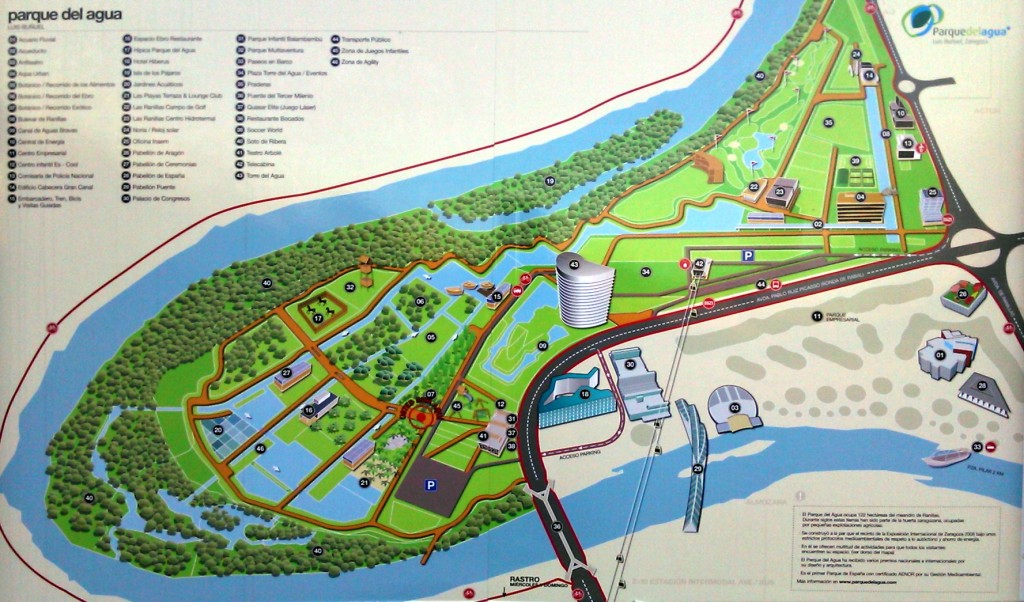 Other interesting places to visit in Zaragoza

– Paseo Independencia (Independence Avenue): The main street of Zaragoza. Beginning at the end of Gran Via, the avenue runs from Plaza Paraiso all the way to Plaza Espana.

– La Aljafería (The Aljafería Palace): A must for all tourists that arrive in Saragossa is to visit the stunning Aljaferia Palace, which is really the most visited historic site in Saragosse. This medieval islamic palace was built by muslims on the banks of the river Ebro in the 11th century.

– Parque Grande: The park was built between 1913 and 1927, and it was inaugurated in 1929, since then it has been improved many times. Currently it measures more than forty hectares, it has around 15 fountains, a botanic garden, a view point, many terraces, paths and statues, a swimming pool (for summer) and many more activities to do.