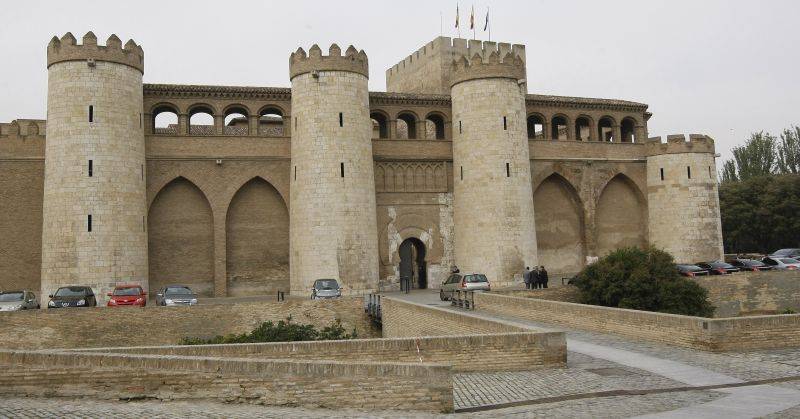 A must for all tourists that arrive in Saragossa is to visit the Aljaferia Palace, which is really the most visited historic site in Saragossa / Zaragoza. This medieval Islamic palace was built by Muslims on the banks of the river Ebro in the 11th century. Abu Ya far Ahmad, known as Al-Muqtadir, king of Saraqusta ordered its construction and it was called Qasr al -Surur (The Joy Palace).

The history of the Palace 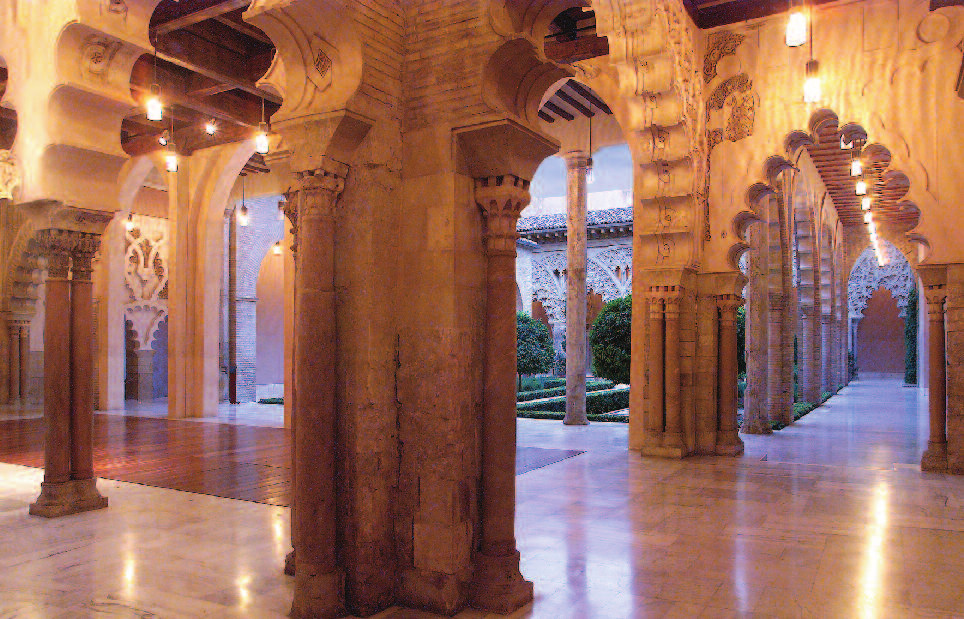 the king Alphonso I of Aragon (1073 – 1134) ,well known as the Batallador, conquered Saragossa on the 18th December 1118 this fortified palace became the residence of the kings of Aragon. This islamic palace has a spellbound garden called the Courtyard of Saint Isabella (mudejar style) because Isabella of Aragon (1271-1336), daughter of the king Peter III of Aragon ( 1240- 1285), was born in this fortified palace, however, she is also known as Saint Isabella of Portugal since she got married to the king Dionysius I of Portugal (1261-1325) when she was 12 years old.

It is said that the famous Saint Grial was watched over in a chapel of this mudejar palace as soon as the prior of Saint John of the Peña, the brother Bernard, gave it to the king Martin I the Human (1356-1410) on the 26th September 1399.

What to see in La Aljafería 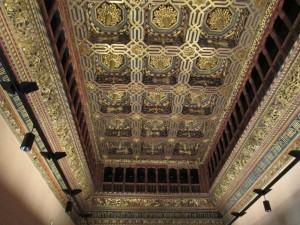 Aljaferia Palace is more than a fortified castle or an islamic palace, it is a mudejar monument and its extraordinary architecture is unique, its great richness and beauty in its decoration impress visitors, so one can stare at the best mudejar and contemplate The Courtyard of Saint Isabella, The Throne Room, The Mosque, the Church of Saint Martin, the mudejar palace of the king Peter IV and The Troubadour Tower which is one of the oldest construction of the palace about 10th century.

This medieval islamic mudejar palace has suffered continuous alterations in its construction for many years. Nowadays it contains the Cortes of Aragon and is the most beautiful and important building in Saragossa.

To add, UNESCO declared the Aljaferia palace monument patrimony of humanity in 2001 as one of the most representative mudejar architecture .

It takes about 3 hours to visit the palace. It is very easy arrive at the Aljaferia on foot or by bus. It is in the city centre.

– Parque Grande: It has more than 15 fountains, a botanic garden, balconies, terraces, paths and statues, a swimming pool and many more activities to do.

– What to visit in Zaragoza: Read here our two-days tour in Zaragoza. Read also our article about The best cities of Spain