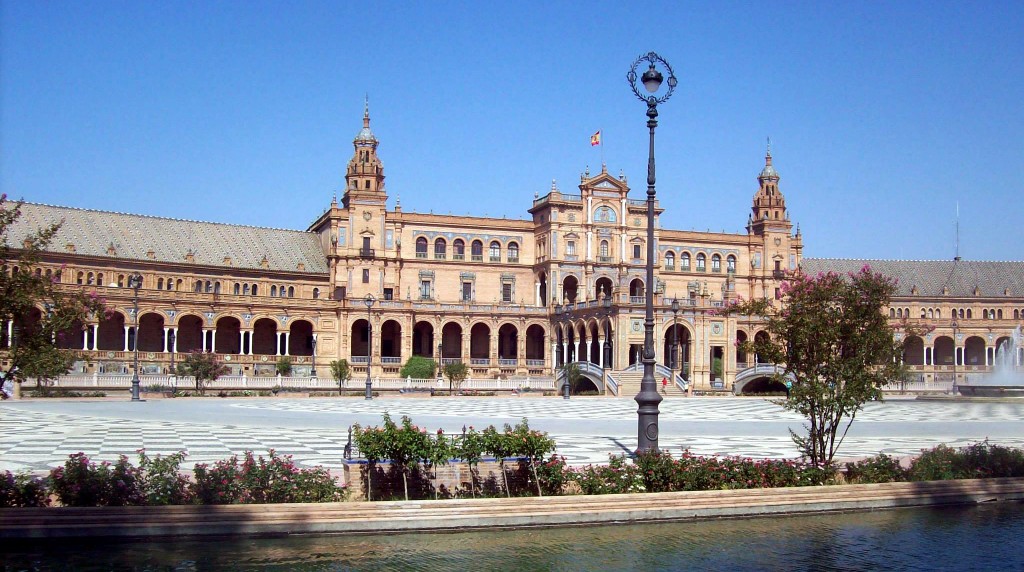 Plaza de España (Spain Square) is one of the places that you must visit when visiting Andalusia. Although most of cities in Spain have a square called “Plaza España” (it’s like Gran Via or Plaza Mayor, all cities have one of them) this one is, surely, the most impressive. 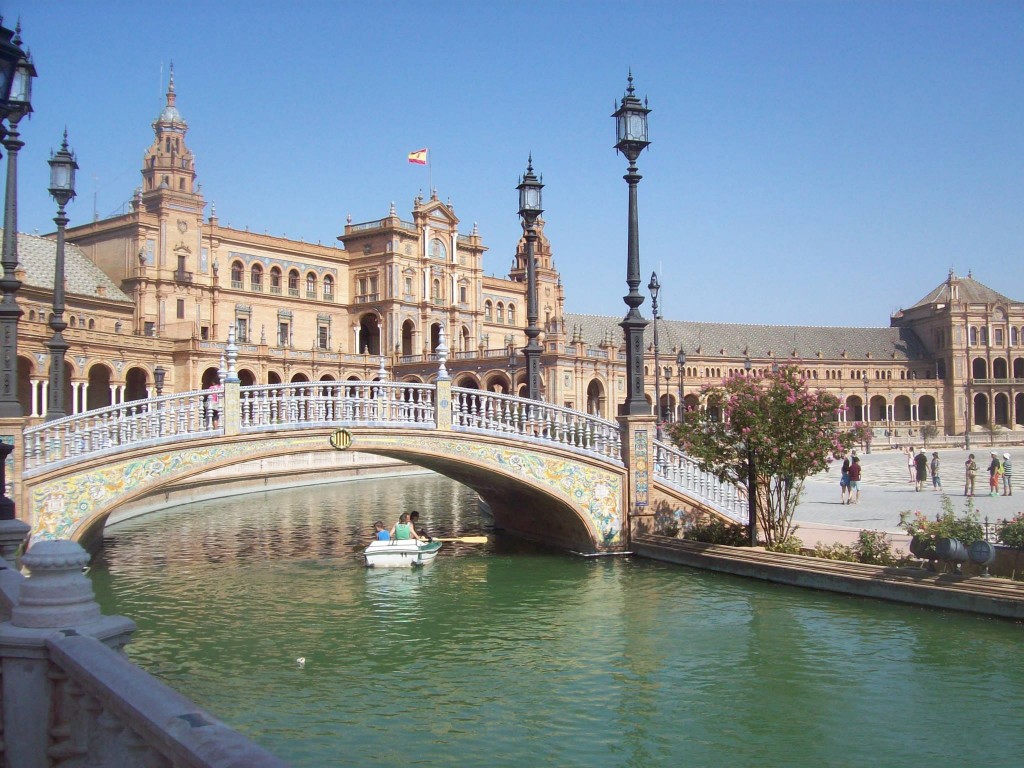 Seville, Plaza de España is located in the middle of Maria Luisa Park, in the city center. The square has a fountain in the middle, rounded for a small lake and a building behind it that gives a traditional style to all the place.

The main building was built in 1929 for the Iberoamerican Exposition of Seville. It has a semicircular shape, with a small lake in its perimeter where people can go boating. You can visit the building for free, rent a boat or walk through the park. As a curiosity, in the base of the building you will find 48 stands, each one with a picture of all the provinces of Spain.

What to do in Plaza de España (Seville)

To rent a boat by the lake.
– To visit the building and the regional stands.
– To walk through Maria Luisa Park.
– To drink something fresh and refresh yourself in the fountain. (Seville is very hot in Summer!)

Our recommendation is to spend between one and three days visiting Seville. The most common is to visit Maria Luisa Park and Plaza España in two hours (aprox.) and then visit the same day the rest of the city center. For example, you can do it the first day and, the second day you will have time visit other places like monuments, museums, cathedrals, restaurants…

Places to visit in Seville near Plaza España

– Archeological Museum and Arts Museum of Seville: Both of them are placed on Maria Luisa Park.