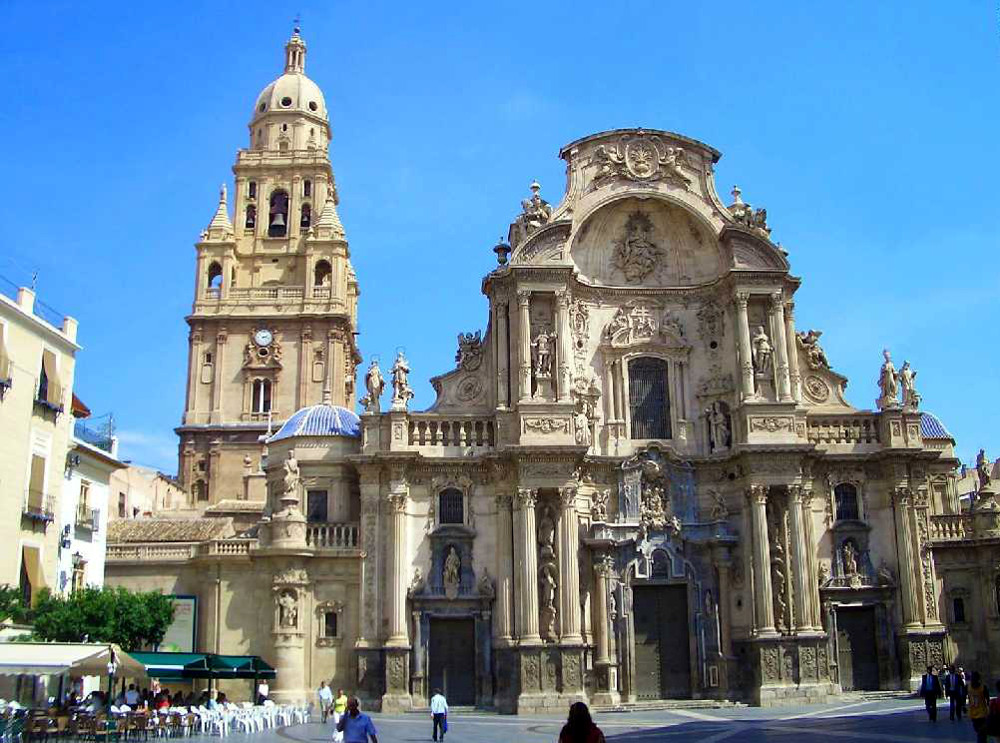 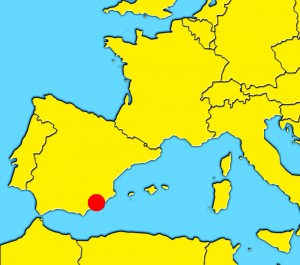 The Murcia Cathedral (Catedral de Murcia), which has three naves, is really the most remarkable building in Murcia and the main attraction for tourists who do not miss out on the outstanding Cathedral if they have the opportunity to visit the Baroque Murcia city.

Located in the heart of Murcia near the Segura River, La Santa Iglesia Catedral de Santa María (Saint Church Cathedral of Saint Mary) popularly known as the Catedral de Murcia (Cathedral of Murcia) was built on the site of the demolished great Aljama Mosque of Murcia between 14th and 18th centuries in several architectural styles. In fact, the interior of the Cathedral is mainly Gothic, its beautiful main facade is Baroque, the bell Tower is Renaissance and Neoclassical, and the Junterones Chapel is Renaissance.

Outside the Cathedral people can see: 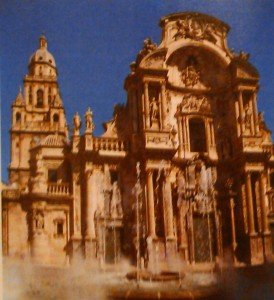 If tourists have plenty of time they can go up to the Bell Tower from where visitors can see a wonderful view of the city and surroundings.

By the way, the previous medieval tower was demolished before building the current Renaissance tower and the Cruz Gate.

Inside the Cathedral visitors can enjoy its more than 22 chapels among other artworks.

The Vélez Chaple, which is itself a masterpiece, is richly decorated in Mudéjar, Gothic among other styles . Its construction was begun in the last years of the 15th century and was finished in the first years of the 16th century. Don’t forget to look at the impressive Dome of this chapel.

The wonderful Junterones Chaple was finished in the middle of the 16th century being regarded as one Renaissance masterpiece, and the main Chapel and its altarpiece in the central nave are must-see places too.

Also worthy of mention is the remarkable choir stalls in fine Plateresque style which was made in the middle of the 16th century. Moreover, the organ which is one of the largest and most important instruments in Spain dates from middle of the 19th century and was built by Merklin, it is in the Trascoro Chapel which dates from 17th century.

Other interesting chapel is the of Santo Cristo del Milagro which has a Neoclassical altarpiece, and all the other chapels are worth a visit.

People interested in sculptures and paintings between the 17th and 18th centuries might visit the Cathedral Museum which has an important collection of art. Moreover, the Museum has got back archaeological remains from Muslim (between 11th and 13th centuries) and other remains that were found while the Museum was being remodelled. The Museum is located in the cloister of the Cathedral.

If you decide to travel to Murcia coast to enjoy its beaches of white sand, you can plan a visit to Murcia city. You will not regret it.