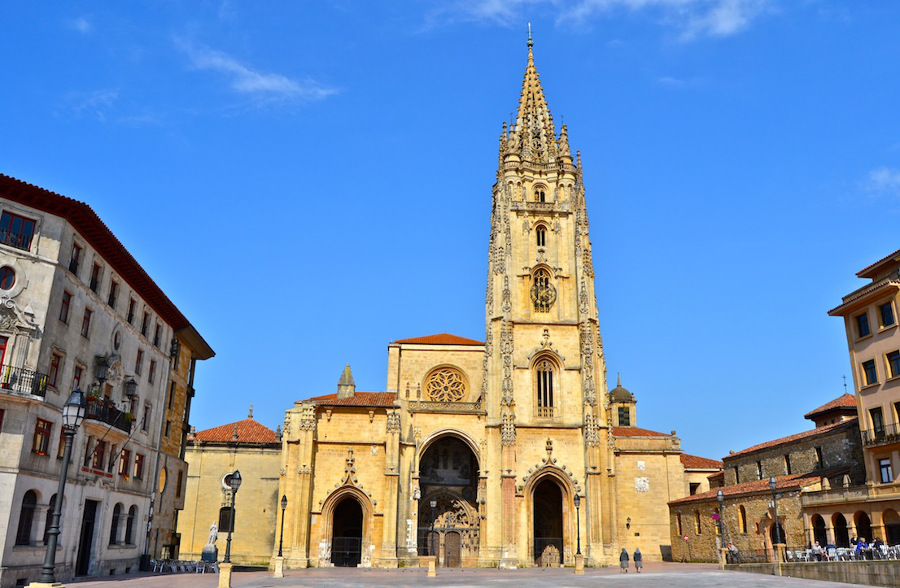 Oviedo is the capital city of Asturias. The city has around 225,000 inhabitants and is located 28 km away of Gijón.

In this post we are going to talk about some of the most important places to see when visiting Oviedo city. Let’s go!

Visiting The Old Town of Oviedo

The Old Town (Casco antiguo) of Oviedo has some of the most important monuments of the city: Starting at Alfonso II Square (Plaza de Alfonso II el Casto) you will discover in front of you the Cathedral, and behind the cathedral is placed The medieval wall of the city (built in the 12th century), in where is also located the Archaeological Museum.

On the left of the Cathedral and the Medieval Wall it are located Feijoó Square and San Pelayo Monastery, founded by The King Alfonso II (791-842) and currently inhabited by the Benedictine Order.

Continuing with the route through the Old Town of Oviedo, we can visit at Eusebio Gonzalez Abascal Street these four palaces: La Rua Palace, Conde de Toreno Palace, Valdecarnaza Palace and Camposagrado Palace at Porlier Square.

Then, at Ramón y Cajal Street you will see the headquarters of the University of Oviedo.

Finally, at Constitución Square (Plaza de la constitución), are located the Town Hall, San Isidoro Church and near it, El Fontán market, close to Fierro Street (we will talk about the City Hall later).

The Oviedo Cathedral (Catedral de San Salvador de Oviedo) is one of the main icons of the city. It is placed at Plaza de Alfonso II el Casto, in the city centre.

This gothic cathedral was built from the 13th to the 16th centuries, but some parts of it are older than that, as the Holy Camera (Cámara Santa), which was built in the 9th century and it has been declared a World of Heritage site by UNESCO in 1998. 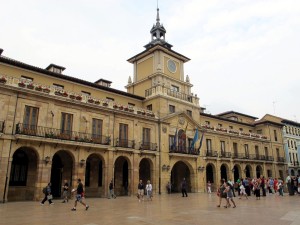 The City Hall of Oviedo is another of the most emblematic buildings of the city. It is located at Plaza de la Constitución, near Plaza Transcorrales. The City hall building (Casa consistorial) was designed by Juan de Naveda and inaugurated in 1671. 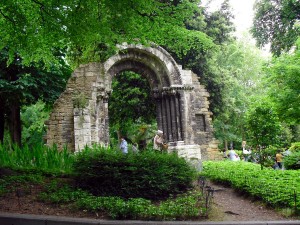 San Francisco Park (El Campo de San Francisco), popularly known as “El Campo” is another must-see place for all the people who are visiting Asturias. The park is located in the center of Oviedo.

Inside the park you can visit its fountains (as Fuente del Caracol), the botanic garden, the lake, the rides and many more. 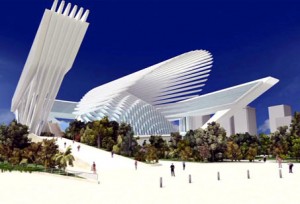 This modern building was designed by architect Santiago Calatrava and opened in 2011. It has an usable area of more than 15,000 square meters and it can accommodate more than 2,000 people. 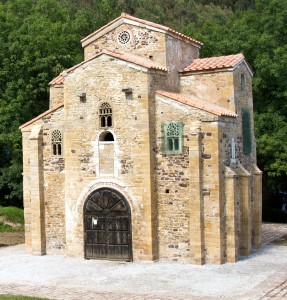 If you have a car available, it’s highly recommended to visit the Romanic church of San Miguel de Lillo and the view point of El Cristo. From there you will be able to see the whole city and its surroundings. Enjoy it!

Here you have a touristic map of the city. Click on it to see the streets bigger.

Other places to visit in Asturias

– Gijón: The biggest city of Asturias region, and the most touristic one. Gijón is a nice seaside city which invites all its visitors to enjoy its beaches, its gastronomy and its way of life.

– Cudillero, Lastres, Cangas de Onis (Picos de Europa) and Llanes: These three seaside towns are highly popular among the tourists. If you have enough time, don’t miss them! 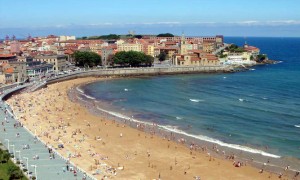 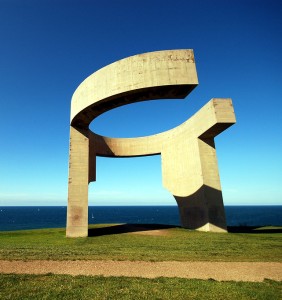 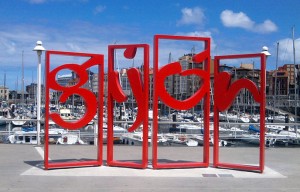 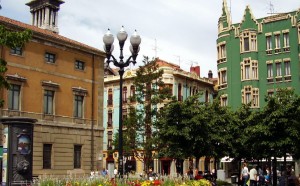 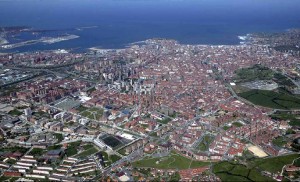