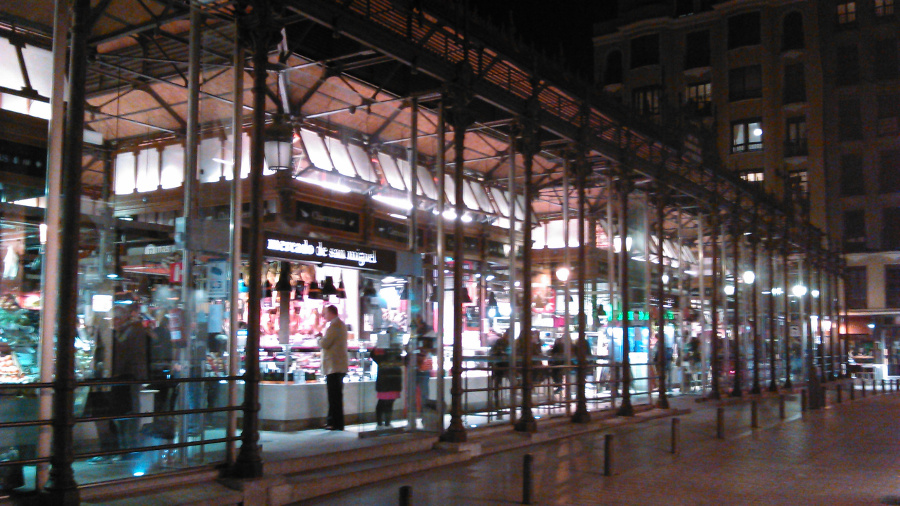 San Miguel Market is a building placed in San Miguel square (Madrid), between Plaza Mayor / Puerta del Sol and Almudena Cathedral / Palacio Real. Inside of this famous market you will find an incredibly variety of food: juices, “tapas”, “croquetas”, hamburgers, fruit, fish… all of this of the highest quality.

The structure of the market was built in 1913 and consists in a beautiful combination of iron and glass. Before 1913, the market already existed, but these stalls was placed in the street. 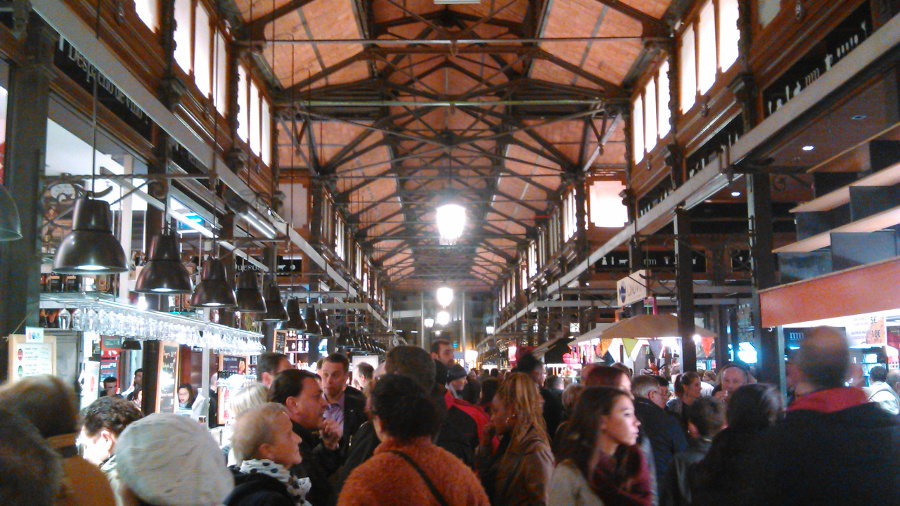 What to do in San Miguel Market

The market is always full of tourists who want to taste its premium quality food. Normally people visit the market to have a lunch after visiting the monuments and streets which are near the market (for example, you can start visiting El Retiro Park, Cibeles Square, Neptuno fountain, some museums, El Congreso, Puerta del Sol, Plaza Mayor, and take a rest and eat in the market and later visit Opera Square, Almudena, Palacio Real, Jardines de Sabatini, El Senado, Spain Square, Debod Temple and Gran Via Avenue).

Also, we recommend you to try the famous “bocadillo de calamares” (squid sandwich) in Plaza Mayor, which is 2 minutes on foot from the Market. This sandwich is very popular among the citizens, and also is much cheaper than the food served in San Miguel Market. Read also our post about What to visit in Madrid.

Other similar food markets in Spain

– San Antón Market (Madrid): This market is placed in Chueca Neighborhood, in the centre of Madrid. It is focused in tapas and 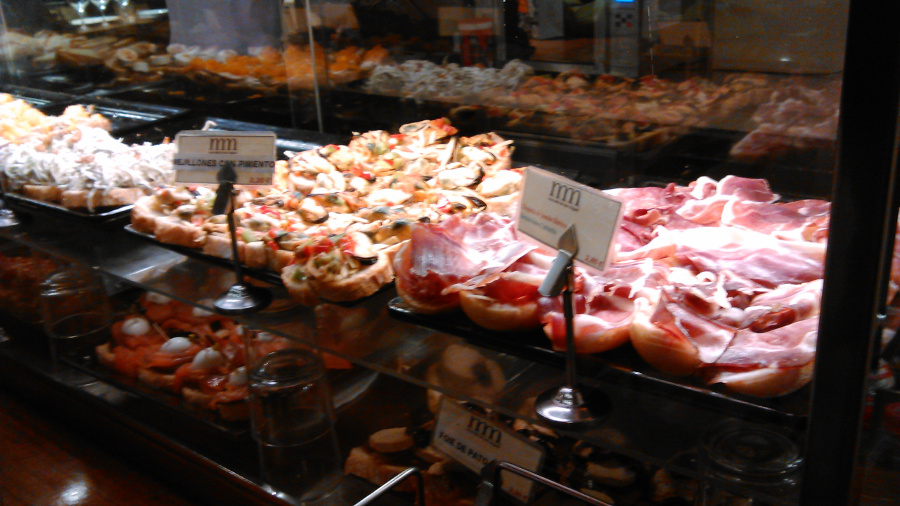 premium food to eat in its stalls and restaurants.

– La Latina (Madrid): In La Latina, the people is used to go at midday and afternoon every weekend (specially on Sundays) to eat tapas, sandwichs and drink beer and wine in the bars of its streets.

– La Boqueria Market (Barcelona): Placed in Barcelona, near Las Ramblas, this market is similar to San Miguel Maket , and also is the most famous market of Barcelona.

More places to visit in Madrid

– Cibeles: In Cibeles Square you will see the famous Cibeles fountain and some important buildings, like Palacio de Comunicaciones, the headquarters of the Madrid city council.

– Plaza de España: Another popular square, in where you can find the firsts skyscrapers of the city, and a beautiful fountain in the middle of the square with a statue of Don Quijote and Sancho Panza.

– Plaza Mayor: In this traditional square there is a Felipe II statue rounded of white ancient buildings. The young people in the city are used to going to this square to eat squid sandwiches. Moreover, some politicians told once about taking a coffee in there… but from our point of view, there are a lot of better -and cheaper- places in Madrid places to do it).

– Opera Square: Really near to the market, you will find there the Opera Theater.

– Gran Via: The most famous avenue of Madrid. It has a lot of theaters, coffee, restaurants and shops.

– Palacio Real and Almudena’s Cathedral: It’s 5 minutes walking from San Miguel Market. Is a must for all tourists.