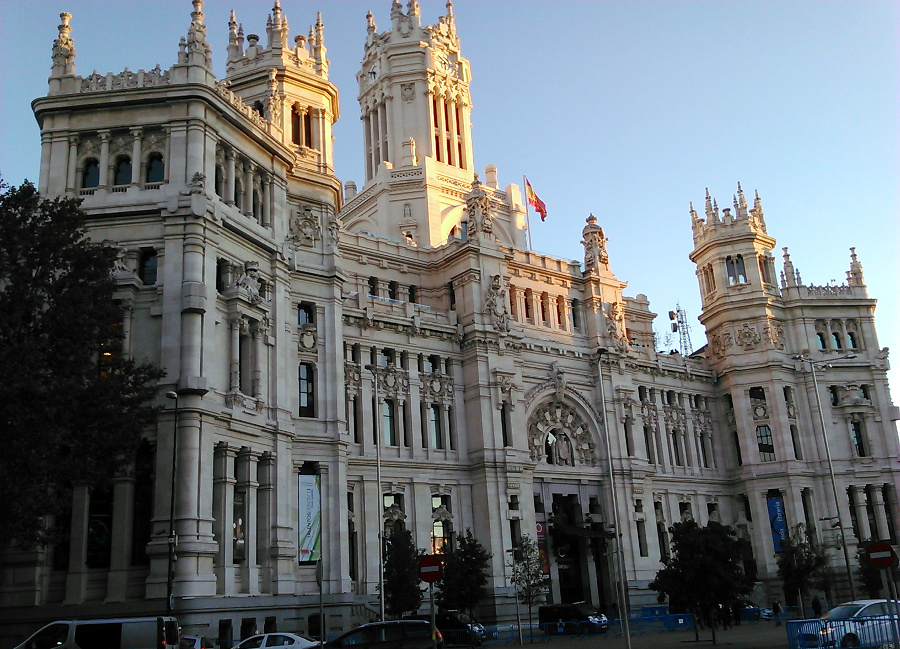 Cibeles Square is placed in the center of Madrid, at the cross between Alcalá Avenue, Recoletos and Prado Avenue.

There are several reasons because this place is very popular. On one hand it’s in the middle of many remarkable monuments and buildings (in one direction you have Gran Via and Puerta del Sol; in other direction you can visit Retiro’s Park, the most famous park of Madrid, and in the other two directions you have the most important museums of the city: Prado, Reina Sofia, Tyssen and Caixaforum). On the other hand, some remarkable buildings are in Cibeles Square, as Palacio de Comunicaciones, Banco de España and Cibeles Fountain, which is in the center of the roundabout.

As this square is in the cross of the principal avenues of Madrid, it’s common that most of the bus lines start or end there. During the night, you can go to Cibeles Square if you want to find buses with destination to any neighborhood (also to the airport). During the day, you also can take in there the Metro Line 2, at Banco de España.

What to see in Cibeles Square

– Cibeles fountain (Fuente de Cibeles): This is perhaps the most famous fountain in Madrid. It was built in 1777 by Ventura Rodriguez and consist in a statue of the Greek goodness Cybele, mounted in a carriage with two lions. 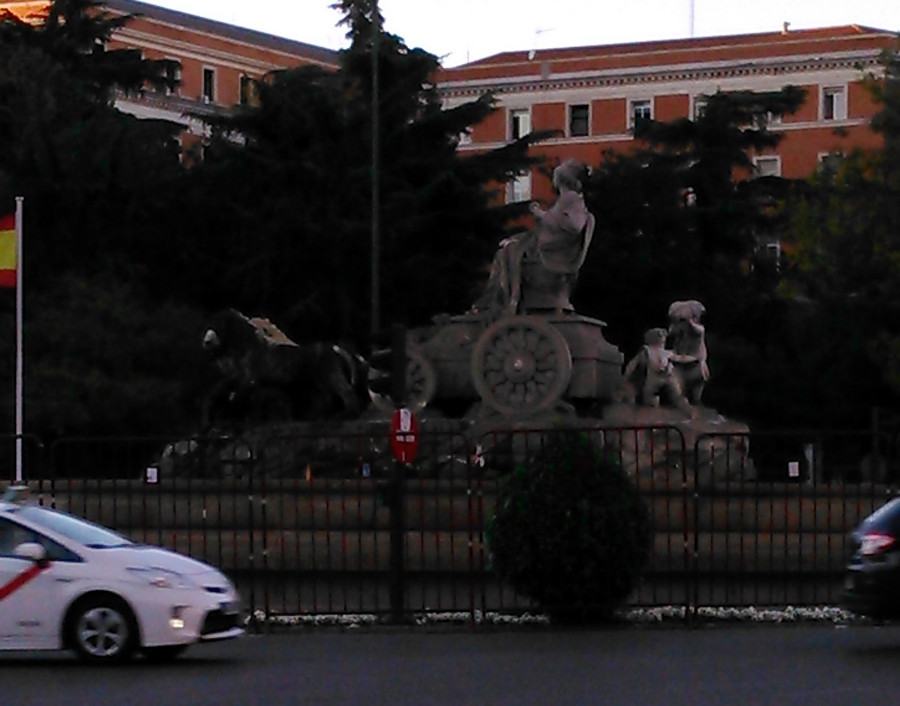 In Cibeles fountain, the supporters of Real Madrid football team go there to celebrate its triumphs, normally once or twice a year. It’s also a place to protest: Many protest marches start there and go until Puerta del Sol.

– Cibeles Palace: Also called “Palacio de Comunicaciones” or “Correos Bulding” by some people, this awesome building was built in 1919 and currently is the headquarters of the Madrid city council. You can visit the building for free, and inside you will find expositions, a place to rest, a restaurant and a balcony on the highest floor with a marvelous landscape where all of Madrid can be seen.

– Banco de España: This building, built in 1891 is another example of the architecture of the XIX century. By the way, it gives the name to the subway station which is just in front of it.

– Buenavista Palace: This is the headquarters of the Spanish Army. The building was built in 1777 and nowadays you can see a military ceremony in there occasionally.

Other places to visit near Cibeles Square (Madrid)

– Retiro Park (Parque del Retiro): This is the most visited park of Madrid. It has a lake with boats in its center, so you can rent a boat for few money. Besides, you also can visit the Crystal Palace, the Statue Walk and many more interesting places.

– Puerta de Alcalá: The Alcalá Gate is placed in Alcalá Avenue, just between Cibeles Square and one of the entrances of  Retiro Park. The monument was built in 1778 and it’s the most popular “gate” in Spain.

– Prado, Reina Sofia, Tyssen, Caixaforum and other museums: All of these museums are in the city center, not far away from Cibeles. Although we know that it’s impossible to visit all of them on one day, we recommend you to visit Prado and Reina Sofia, that are two of the best museums in the world (notice that you will need about 4hours to visit each one).

– Gran Vía and Puerta del Sol: You can arrive at these places in about 5 minutes on foot from Cibeles Square. So if you have already visited all of the buildings and monuments that we have written in this article, you can go there to take a rest. 🙂