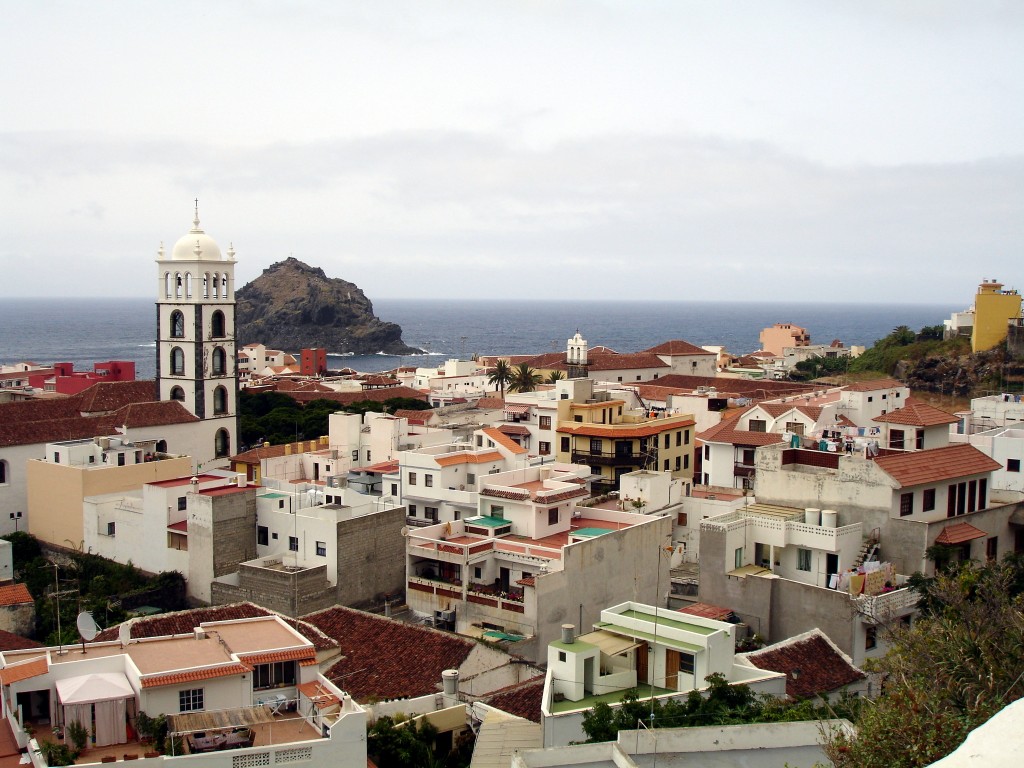 People visiting Tenerife island (Canary Islands) should not miss out on Garachico which is situated in the northwest of Tenerife Island between the steep mountain slopes and the volcanic rock cliffs on the Atlantic Ocean coast. Obviously, it is a scenery of indescribable natural beauty.

Garachico was founded in the late15th century and its seaport was possibly the most important port in the island during 16th and 17th centuries. However, in 1706 there was a volcanic eruption and the lava flowed from the Trevejo Volcano towards the sea destroying a part of the town and burying its commercial port. In fact, the beautiful bay disappeared under the volcanic lava while the natural rock pools were being formed on the coast, currently known as El Caletón. 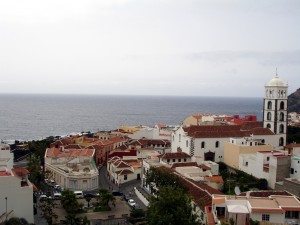 Nowadays, this historical town with one population of about 5,000, and a pleasant mild climate all the year round, has a lot of to offer visitors in the way of traditional Canary architecture, extraordinary natural landscape, typical food, delicious wine, traditional dance, nature, culture, beaches, and above all, El Caletón of Garachico a natural swimming pools of black volcanic rocks, and the breathtaking views of its surroundings among other things.

What to visit in Garachico Town and Port (Tenerife)

Santa Ana Church is one of the most beautiful and remarkable buildings of Garachico, dating in the mid 16th century was partly destroyed by the volcanic eruption in 1607 and rebuilt afterwards. Its square bell tower stand out from all the houses of Garachico. Inside the church there are an impressive altarpiece and other artworks which are worth visiting.

Convent of San Francisco of Asis, a two-storey building dating from 1524, there are exhibitions of Canary, volcanoes, photos and the Public Libray among other things; Our Lady of the Angels Church (Iglesia de Nuestra señora de los Angeles) dating from 1524, both buildings the Convent and Church form a magnificent architectural ensemble in traditional Canary style. 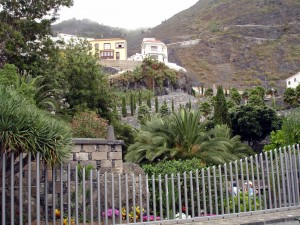 Casa del Marqués de la Quintana Roja in traditional Canary style was rebuilt after the volcanic eruption like the original building; La Casa de Piedra is an Art Space was also rebuilt; and City Hall building all of them are in Plaza de la Libertad.

Castle-Fortress of San Miguel dating from 16th century is situated on Atlantic Ocean Coast, next to El Caletón but fortunately the castle was not destroyed by the volcano in 1706. It takes 3 minutes on foot from Plaza de la Libertad to San Miguel Castle.

Puerta de Tierra is a picturesque park inside the town with exotic plants and remains of old port that remind us of the volcanic eruption. It is located next to the beautiful Plaza la Pila which has a spectacular view of Puerta de Tierra and surroundings. It takes 2 minutes on foot from Plaza de la Libertad. 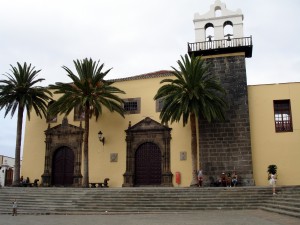 Casa del Marques de Villafuerte, in traditional Canary style, was built in the late 17th century its geographical location avoided being destroyed by the volcanic eruption; and Concepcionistas Franciscanas Convent are also worth visiting.

Taking a leisurely walk along the promenade visitors will come across interesting sculptures, historical buildings and Casa el Molino an interesting old flour mills, after they will arrive at San Roque Chapel dating in the early 17th century which is near the New Marina.

The Garachico Rock, which is a islet to 300 meters far away from Garachico coast and rounded by Atlantic Ocean, has a surface area of 50,000 square meters with a wealth of native wildlife. Anyway, it is certainly a Natural Area and the visits are forbidden. 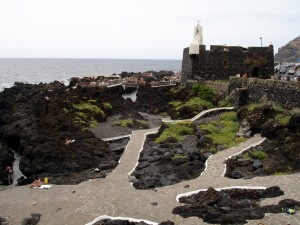 Due to its tropical trade winds, its annual average temperatures between 18 degrees and 24 degrees and its geographical location near the Teide National Park, the beaches and sport activities are of the main tourist attraction of Garachico.

– El Caletón is situated on the site of the old port coast with natural swimming pools that were made during the volcanic eruption. It is often crowded of tourists with adequate facilities for all the family. Visitors should not leave Garachico without enjoying the beautiful pools.

– The Muelle Beach, located in the old bay of Garachico is a lovely and excellent beach with black sand and clear blue water. It is highly popular with tourists and local people. It is near El Caletón.

–Las Aguas Beach, situated next to New Marina is larger, quieter and more secluded than the Muelle Beach with black sand, clear blue water, plenty of free space and a beautiful landscape.

By the way, Mount Teide (El Teide) is one of the tallest volcano in the world and the highest peak in Spain at 3,718 meters above sea level it occupies a majestic location in the center of the Canary Island known as Teide National Park was declared a World Heritage site in 2007 by UNESCO.

– Read here all ours places in the Canary Islands (Las Islas Canarias – España).