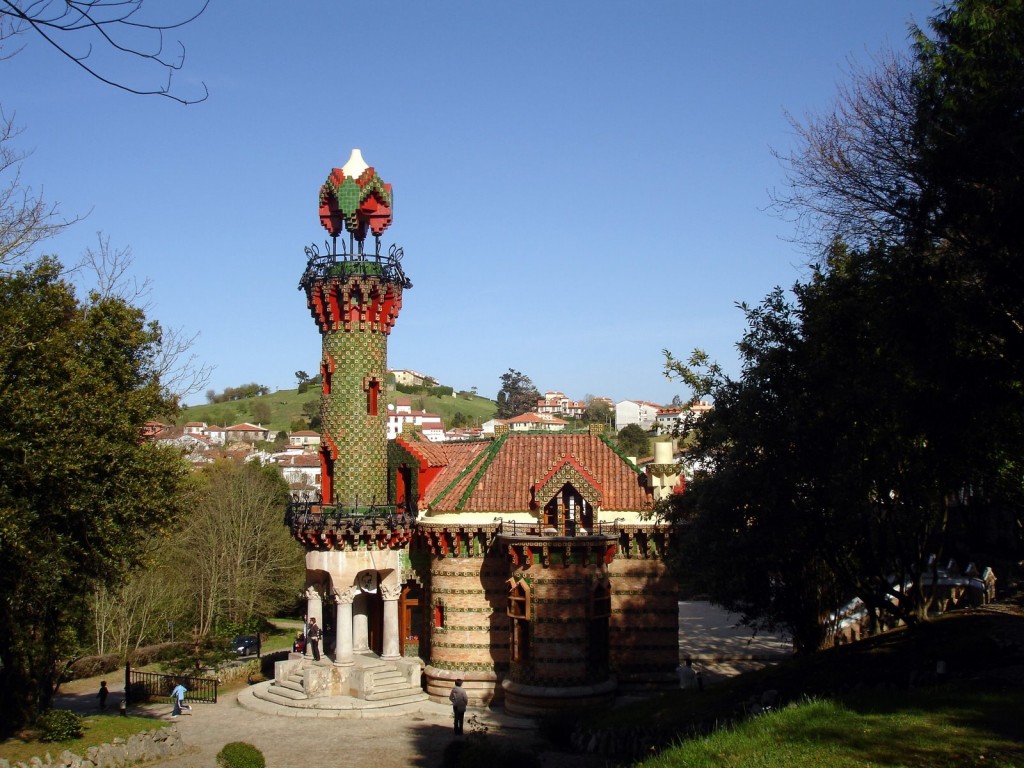 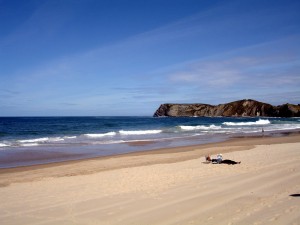 Comillas is an attractive town located on the Cantabrian Sea coast, in the north of Spain, indeed in an area of natural breathtaking beauty in Cantabria region.

Having a population of about 2,500, a welcoming atmosphere, a unique architecture, quiet sandy beaches and beautiful surroundings, Comillas has really attracted plenty of visitors to the town since the 19th century. Moreover, being regarded as a tourist destination of the highest quality, Comillas also has a lot of to offer visitors in the way of culture, nature, history, festivals, leisure activities, gastronomy and nightlife among others.

What to visit in Comillas

The Capricho de Gaudí, which is the most remarkable building in Comillas, was built between 1883 and 1885 in modernist style by the world renowned architect Antoni Gaudí i Cornet (1852 -1926). This outstanding three storey building with one fine decorated tower in shape of a doll house was the summer house of the brother in-law of the Marquis of Comillas. The Capricho de Gaudí is the most visited building in Comilla, therefore, a visit here should almost be obligatory for all tourists who arrive at Comillas. Do not forget the Palacio de Sobrellano is in the same park nearby. 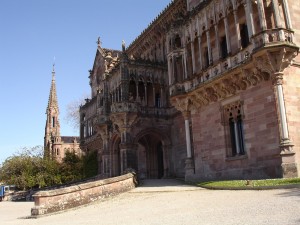 Palacio de Sobrellano y su Capilla/Panteón (the Sobrellano Palace and Chapel – Mausoleum) also known as the Palace of the Marquis of Comillas was built between 1878-1888 by the architect Joan Martorell i Montells (1833-1906) and supervised by the architect Cristóbal Cascante Colom (1851-1889) in Neo-gothic style. Although the Chapel – Mausoleum was built before the Palace, the Chapel is regarded as a masterpiece of modernist architecture in Cantabria. The stunning palace was home of the Marquis of Comillas and in the chapel is his mausoleum.

The imposing Universidad Pontificia (Pontifical University), which is one of most remarkable buildings in Comillas, in several styles (Gothic-Mudejar, modernist), was built between 1883-1892 by the architect Joan Martorell i Montells and Cristóbal Cascante and decorated by the architect Luis Doménech i Montaner (1850-1923) in a hill area of the town of Comillas. 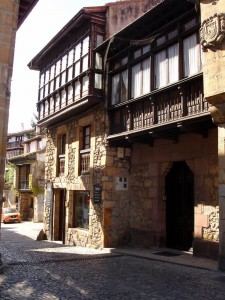 The Statue of the Marquis of Comillas (Estatua del Marqués de Comillas) was built in 1883 in modernist style by Doménech i Montaner and Cristóbal Cascante Colom. It is situated on a hill area with a wonderful panoramic viewpoint of the beaches.

Moro’s Gate was built in 1900 by Antonio Gaudí in modernist style, the gate has three doorways one for cars, other for people and a tiny one for birds.

People interested in visiting cemeteries should not miss out on the historical Cemetery of Comillas which was renovated in 1893 by the architect Doménech i Montaner. If tourists visit this cemetery they will be certainly spellbound when they come across the spellbinding sculptures and other interesting constructions. 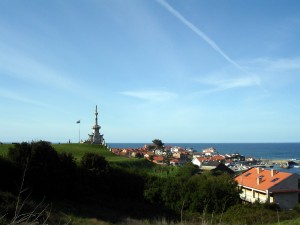 Taking a walk along its streets visitors can enjoy its old neighborhood with steep stone streets, picturesque squares, big mansions, typical houses with wooden balconies portraying the most traditional Cantabria architecture. Besides bars, restaurants, terraces and cafés can be found in its pedestrian squares with a friendly atmosphere.

Fuente de los tres caños (The fountain of the three water pipes) was built in 1899 by Doménech i Montaner in modernist style, and Casa Ocejo dating from the 19th century, and other interesting buildings and monuments can be seen in the old neighborhood.

The traditional port was built between 17th and 18th centuries. However, the fishing activity and the seaweed are still fished and collected by local people as many years ago. 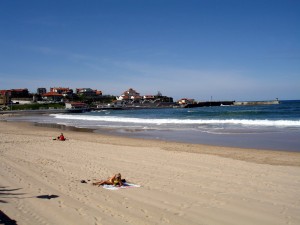 It is said that some of the best beaches on the coast are found in Cantabria. Its clean and sandy beaches, its clear blue water, its high quality and beautiful landscape is very difficult to overcome.

In addition, Comillas has much more to offer in sport, walking routes, cycling routes, and so on.  Comillas is 426 km. from Madrid and 47 km. from Santander.

– Cantabria Region: Check here all our posts about this region, in the north of Spain.

– Potes town: Visiting the beautiful villages in Cantabria, in the north of Spain, tourists should not miss out on the medieval town of Potes whose traditional buildings, wooden balconies, steep streets and surrounding mountains make the Potes town an interesting tourist attraction place.