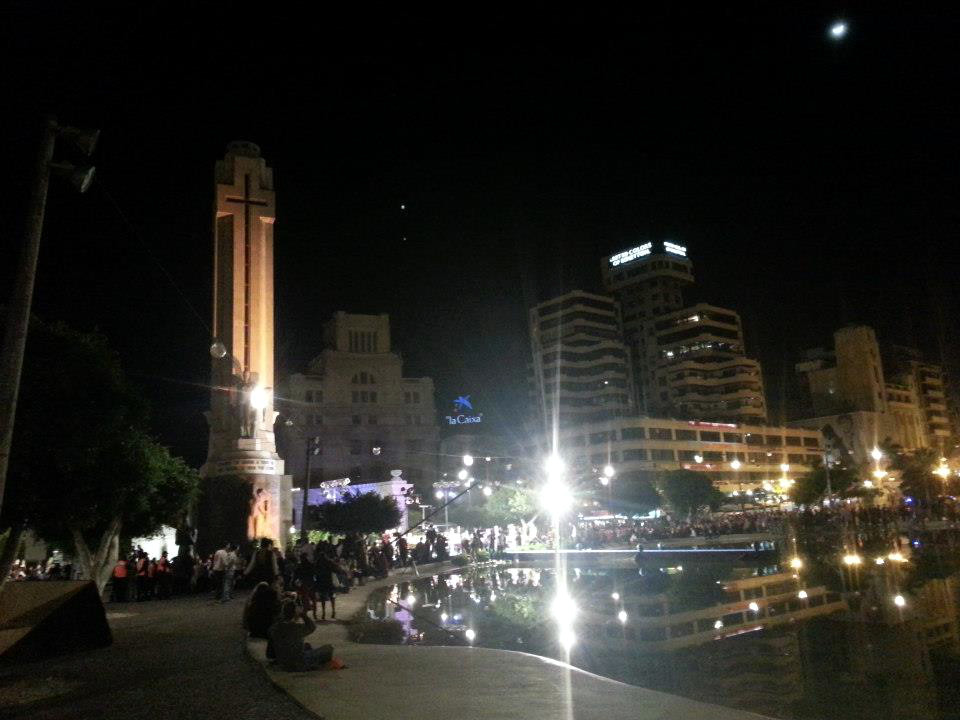 Santa Cruz de Tenerife is not only popular with the tourists because its sunny beaches, exceptional climate, good gastronomy but also its culture, nature, architecture, shops, entertainment, renowned festivals, cheap and upmarket hotels, nightlife, and so on. Anyway, people can just have a lot of fun at Santa Cruz de Tenerife’s festivals or parties and come across enjoyable things.

What to visit in Santa Cruz de Tenerife city

Strolling leisurely along the streets and squares of Santa Cruz de Tenerife city is the best way to enjoy the city. So we suggest starting in the large Plaza de España (Spain Square), one of the main meeting points of Santa Cruz de Tenerife next to the port. The Spain Square has an artificial shallow seawater lake in the middle of the square with a geyser, many ever-trees, benches, important buildings and open-air terraces. 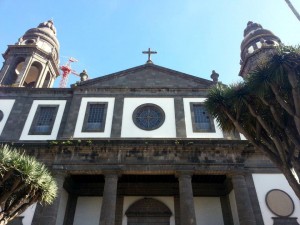 After having a good look around the impressive Spain Square, it will take about 15 minutes on foot to arrive at imposing Auditorium of Tenerife Adán Martín one of the most remarkable buildings in Santa Cruz de Tenerife. The Auditorium was built between 1997 and 2003 and designed by the world-renowned architect Santiago Calatrava Valls (who was born in 1951 in Valencia). Located on the Atlantic Ocean coast in the south of the city, the Auditorium is used for performances, opera, dance, concerts, from rock, classical, pop, jazz to flamenco among other events. Moreover, the Tenerife Auditorium has an innovative organ which is considered to be unique in the world. Therefore, tourists should not miss out on this building which can be visited on Monday to Saturday at half past twelve in the afternoon in guided visit.

The Castillo de San Juan Bautista (Saint John Castle) popularly known as the Black Castle was built in 1644. Situated on the Atlantic Ocean coast next to the Auditorium, the castle is worth a visit.

The Parque Marítimo César Manrique (César Manrique Martime Park) with more than 20,000 square meters has a few seawater swimming pools and a good range of first-class facilities for all family, it is among the Saint John Castle, the Palmetum and the Atlantic Ocean. It takes 22 minutes on foot from the Spain Square or 7 minutes from the Auditorium. By the way, the Palmetum is a botanical garden park with a lot of palm trees on the Atlantic Ocean coast. It is a must-see place).

It will only take 5 minutes on foot from Spain Square to the Iglesia de Nuestra Señora de la Concepción (the Conception Church) dating from 17th century with a beautiful tower in Canary Colonial style that is one of the symbols of the city. The church is located in the historic neighborhood of the Concepción, famous for its excellent restaurants and cafés, which server delicious traditional cuisine and good local wine. Moreover, in February the neighborhood has a lot of fun during the Carnival Festival. Besides, the fascinating Museo de la Naturaleza y el Hombre (Nature and Humankind Museum) is opposite the Concepción Church, crossing the Barranco de Santos bridge. It is worth a visit. 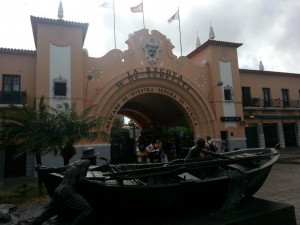 The Teatro de Güimerá (Güimerá Theatre) dating from 19th century in classical style is one of the most emblematic buildings in Tenerife Island. It is located in the Madeira Square near other interesting buildings. It takes 5 minutes on foot from Spain Square or from Concepción Church.

Next to Spain Square at its west is the lively Plaza la Candelaria (Candelaria Square) where the Carnival Festivals are celebrated by citizens and tourists dancing or listening to live music. If visitors go through the Candelaria Square they will get the Castillo Street one of the main shopping streets of the city.

The Parque García Sanabria (García Sanabria Park), which covers an area of more than 60,000 square metres, is just a beautiful botanical garden where people can relax and enjoy its plants, flowers, trees, fountains and modern sculptures. It is the perfect place to spend the day with the family. It takes about 15 minutes on foot from the Spain Square. Tourists should not leave the city without visiting this park, they will come across of enjoyable things.

– Beaches and gastronomy in Tenerife: Find here where to go and what to eat in Tenerife Island.

– San Cristobal de la Laguna city (commonly known as La Laguna): A historic city that was founded in 1497 by Alonso Fernández de Lugo (1456 -1525). Situated in the north of Tenerife Island (one of the seven Spanish Canary Islands), La Laguna has a population of about 170,000 and is twelve kilometres away from Santa Cruz de Tenerife city. Moreover, La Laguna was declared a World Heritage site in 1999 by UNESCO.

– The Canary islands: All our posts about the Canary Islands (Spain).