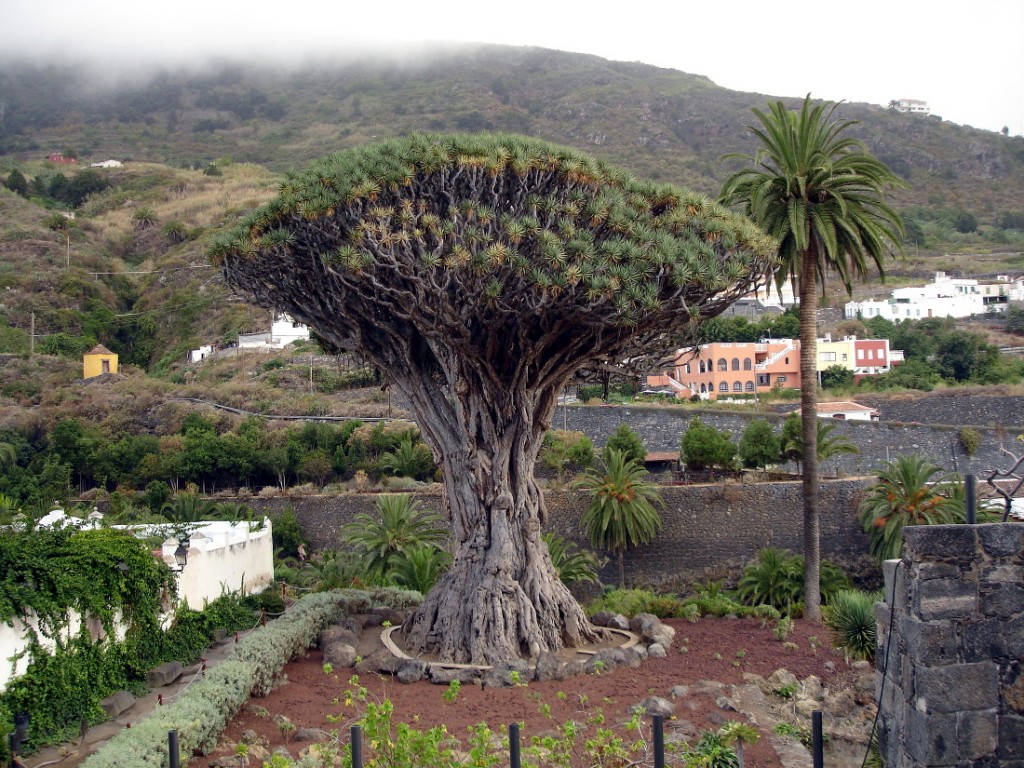 Icod de los Vinos also called the Town of the Drago tree is not only famous for its Drago Milenario tree (millennial tree) which grows in this town, but also its nature, its forest, its vineyards, its plataneras (banana trees), and the Cave of the Wind (Cueva del Viento).

Situated in the north-west of Tenerife Island, in the Canary Islands, on the hillside of Teide (the highest mountain in Spain 3,718 meters in height), Icod de los Vinos has a population of about 25,000. 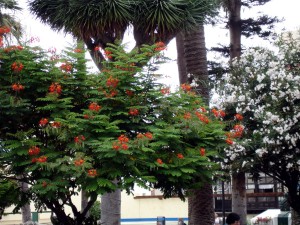 It is said that the exotic millennial Drago tree, which is the oldest drago tree known in the world, can be more than one thousand years old. In fact, it measures more than 17 meters in height and 20 meters the perimeter trunk. Moreover, the drago trees were regarded as sacred by the Guanches ( people who were living in Tenerife Island when the island was conquered by Spaniards in 1495. Considering that drago tree is a healing herb it was used in medicine.

Nowadays, the ornamental drago trees are considered to be together with the palm trees the plant symbols of Tenerife island and can be seen in parks, gardens and streets frequently in the Canary Islands. However, in the past, the prized red sap of the drago trees called the drago’s blood, was extracted massively from their trucks and used to make several products by the traders and plenty of drago trees were cut down for their exploitation. Fortunately, drago tree is being protected from exploitation in the Canary Islands.

Tourists should not miss out on the Milenario Drago tree, the longest living drago tree.

The underground Cueva del Viento Sobrado (the Wind Cave) is one of the largest volcanic caves in Europe, it can really measure more than 15 kilometers in length and might have been made about 20,000 years ago when the volcanic lava flew from the active Teide volcano. Situated on the foothill of the Teide Mountain which is the highest mountain in Spain with 3,718 meters over sea level, the cave is three kilometers away from Icod de los Vinos. It is well worth a visit.

Visitors had better wear comfortable shoes and clothes to enter the cave, the visit takes about two hours. The ticket to visit the cave can be booked in advance, it costs from 5 to 16 euros. By the way, the white wine of this town is delicious.