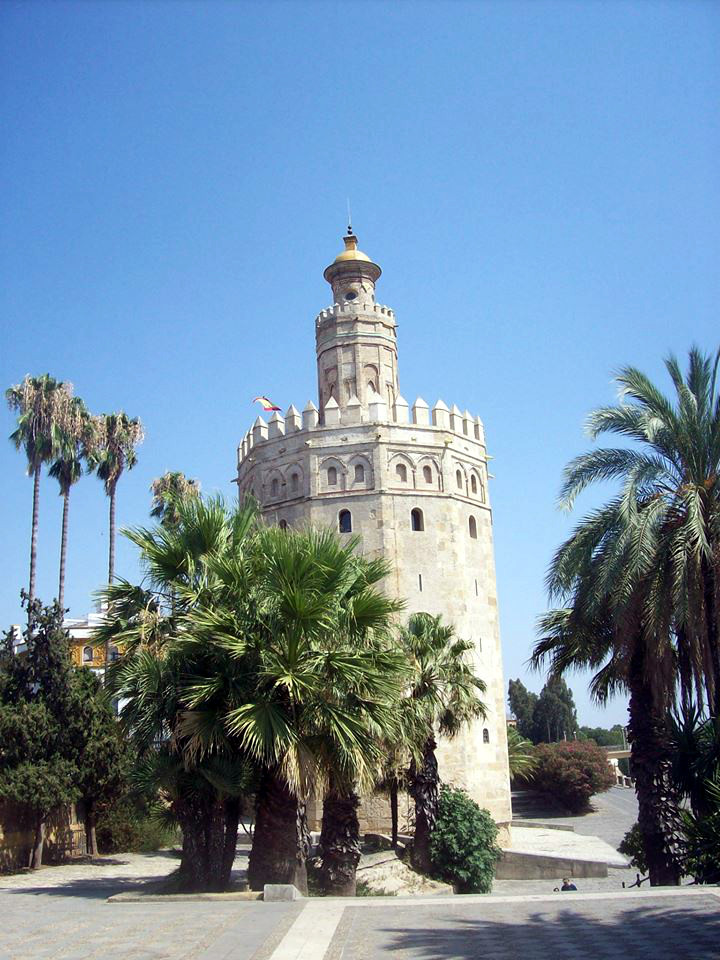 The Gold Tower (La Torre del Oro) of Seville is a unique tower located beside the Guadalquivir River. The tower measures 36 metres on height and can be seen from San Telmo Bridge. The first part of its structure was constructed in the 13th century when the Muslims lived in Andalusia, one century later it was improved and finished by Pedro I.

There are many suppositions about the name of the tower: On one hand some rumors say that the tower was used by the governors of the 14th century for storing the treasures (mostly gold) which came from America. On the other hand, other experts say that its name became from the color of its surface, that it reflected from the water of the river.

The Gold tower is in the centre of the Seville, close to the Cathedral, the Royal Alcazar the Bullfighting Ring of La Maestranza and near Maria Luisa Park, where is the most popular square of Seville: Plaza de España.

More buildings and monuments to visit in Seville 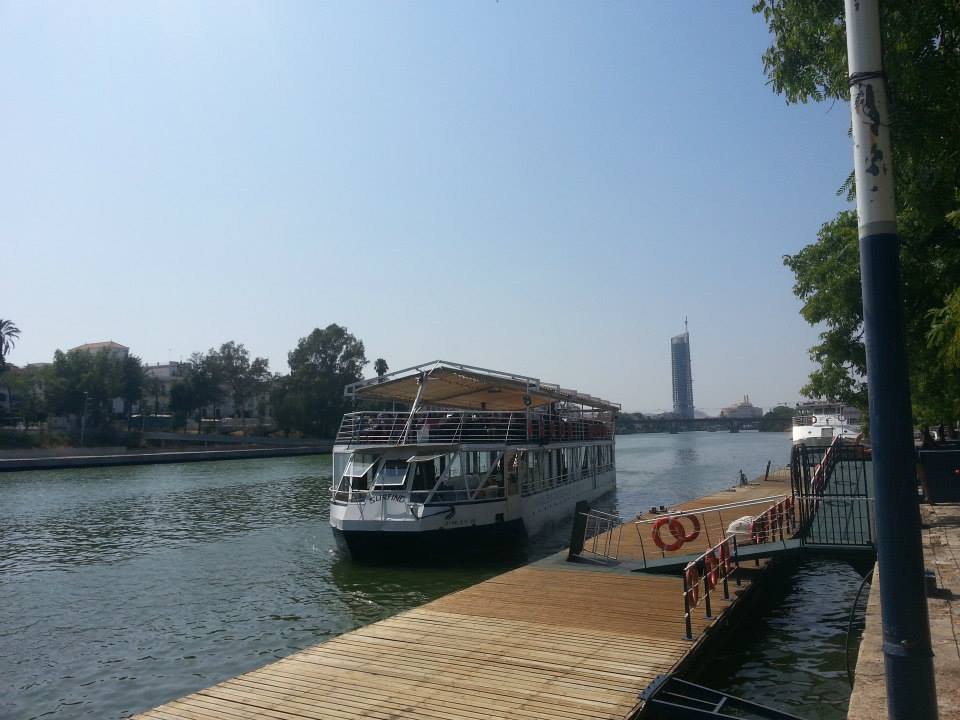 Plaza de España: Plaza de España is located in the middle of Maria Luisa Park, in the city center. The square has a fountain in the middle, rounded for a small lake and a building behind it that gives a traditional style to all the place.

– Archeological Museum and Arts Museum of Seville: Both of them are placed on Maria Luisa Park.