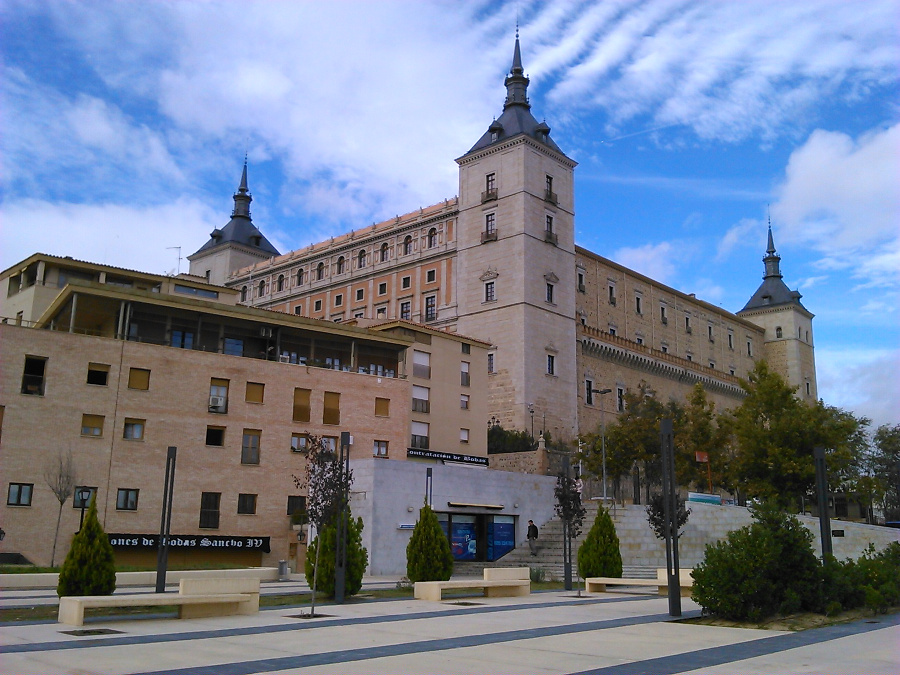 The Alcazar of Toledo (Alcázar de Toledo) is an ancient stone-made fortification located uptown the Old City of Toledo, in Castile La Mancha region. The Alcazar is one of the icons of the city, which is visited for thousands of people every year.

Toledo was the capital of Spain in the 16th century. Although, the history of the city began many centuries before, with the Celtic civilization.

Toledo has been habited by Romans, Goths, Muslims, Jewish and Christians. Currently, the city has around 80.000 inhabitants and is one of the main destinations for tourists who visit the centre of Spain.

The history of the Alcazar 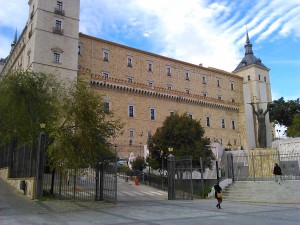 The Alcazar of Toledo was built initially in the third century A.D. by the Roman Empire. At first it was used as a palace, but some centuries later the building complex was restored by Alfonso VI, Alfonso XI and extended by King Carlos I of Spain and V of Germany in 1534, among others. The construction of the current building was ordered by King Carlos V in the 16th century, who got it built over the rests of the previous medieval castle.

The fortification has been modified and reconstructed many times and has been used for multiple purposes: A palace, a fortification, a King’s residence, a prison and a military headquarters, among others.

During the 20th century Spanish Civil War (1936-1939), the Alcazar of Toledo was occupied by the Nationalist Rebel Franco forces, and was attacked and destroyed by the Republican forces in the famous “Siege of the Alcázar”. After the civil war, the reconstruction of the building complex started in 1940. 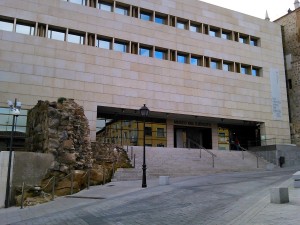 Nowadays The Alcazar has an Army Museum inside. The people who enjoy seeing military museums will be able to discover the following areas: models, firearms, knives, uniforms, military orders and other documents.
The building also has a crypt and is the home of the Regional Library of Castile La Mancha.

– What to visit in Toledo: Discover the most ancient and touristic places to see in Toledo, as the Old Town, the Cathedral (Catedral de Santa María de Toledo), the Synagogue (Sinagoga del Transito) or the The Greco Museum.

– Castile la Mancha: Read here all our posts of this regions, including cities as Toledo or Cuenca.