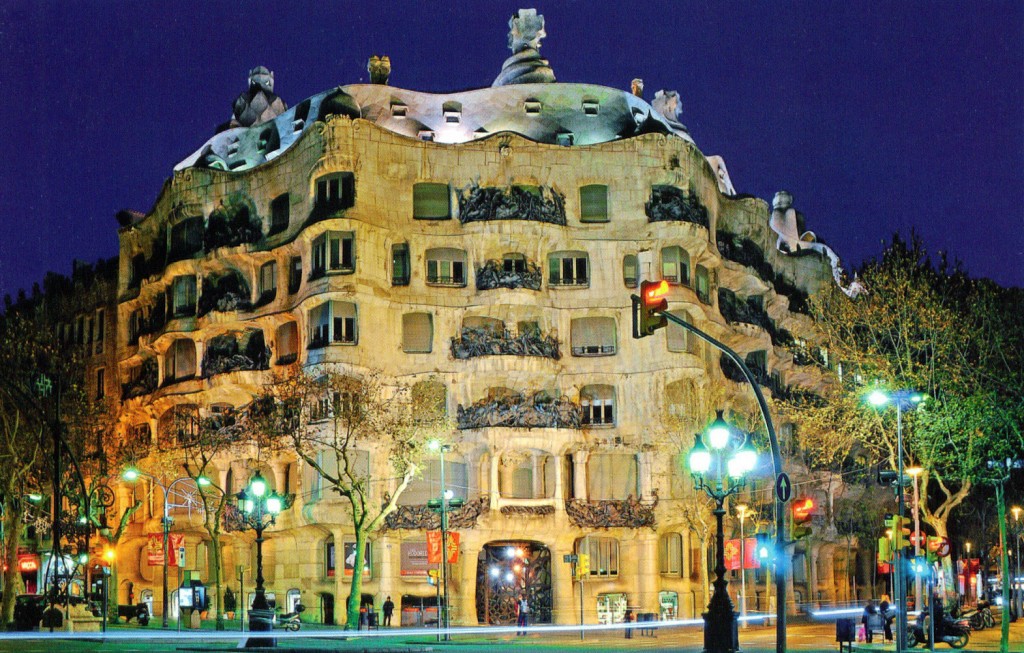 The building was designed by architect Antoni Gaudí and built between 1906 and 1912. Then, in 1984, Casa Mila was declared a World Heritage (UNESCO).

When in the second part of the nineteenth century El Ensanche disctrict was built in Barcelona, Paseo de Gracia avenue became one of the main streets of the city. Many bourgeois families wanted to live in this area. One of them was the Mila Family that ordered Gaudí to design Casa Mila, whose first floor had to be a place to live , and the rest of them flats to rent to other families.

During its construction and some years later, the building was involved in some controversy. On one hand, its curved and unprecedented design generated discrepancies among the popular opinion about it appearance. On the other hand, also in the construction there were some administrative problems, which were finally solved.

The design of the building

Casa Mila is a modernist building, which has 1835 m2, six levels and two courtyards. Its singular facade and balconies are famous for its curvilinear shape, never seen before in that age.

It is said that Gaudi was a highly chaotic, observant and religious person, so its designs reflect his desires of perfection and a fusion with the nature world.
Nowadays, Casa Mila is one of the most visited monuments in Barcelona. Furthermore, it has been declared a World Heritage Site.

To arrive at Casa Mila, take the Metro Lines 3 or 5 (Diagonal metro station).