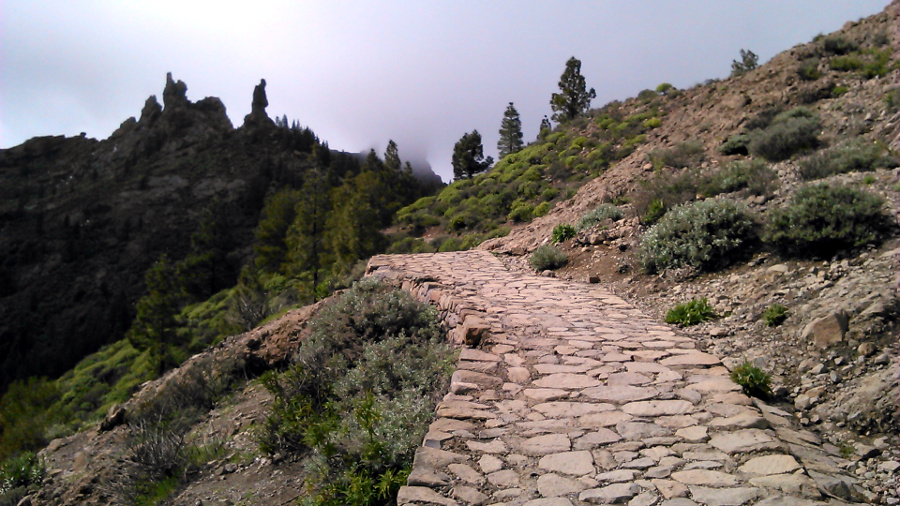 As we have already talked about the best beaches of Gran Canaria, its coast and its seaside towns, today we are going to focus on the rest of the island:  Gran Canaria has not only beaches, but also a lot of nature and interesting cities, towns and remarkable sites to visit.

In this article we are going to talk about the following places: 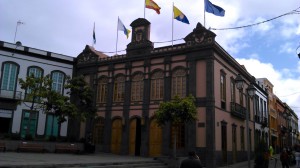 – Las Palmas de Gran Canaria: In the north of the island is located this city, than with almost 400,000 inhabitants is currently the capital of the Canary Islands.

– Other touristic cities and towns inside the island: If during your stay at Gran Canaria you have car and you want to visit the whole island, here you will find some interesting suggestions about what to visit.

– Mountains and routes through the nature:  Almost all of these routes are in the center of Gran Canaria, where are located many touristic places as Roque Nublo or Cruz de Tejeda.

Gran Canaria, the second biggest island in the Canary Islands

As we have already said in our last article, The Canary Islands are a group of Spanish islands located in the west coast of Africa. They are mainly composed by these seven islands: Gran Canaria, Tenerife, Fuerteventura, La Palma, Lanzarote, El Hierro and La Gomera.

The geography of Gran Canaria island and its proximity to Africa creates a strange climate where, while in the north of the island the climate varies between 30 ºC in summer and 15 ºC in winter, in the south  the climate is always around 20º and 30º, the perfect temperature to enjoy the beach all the year. 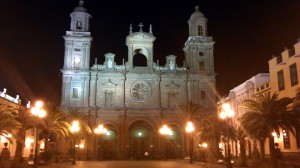 With 380,000 inhabitants, this is the biggest city of Canary Islands (Islas Canarias), and therefore the capital city of them.

The main touristic places of Las Palmas de Gran Canaria are its center (Vegueta neighborhood) where is Las Palmas Cathedral (in the photo) built between the 15th and 18th centuries, the Literary Cabinet and many more historic buildings.

The city has a lot of activity, nightlife and during the Carnivals this is one of the main touristic destinations of Spain. You also can visit its Comertial Centers (remember that the taxes in the Canary Islands are lower than in the rest of the country, so the prices are lower).

Don’t miss to visit its main beach and its promenade in Playa de las Canteras.

Touristic towns in the north of Gran Canaria: Arucas, Terol and other 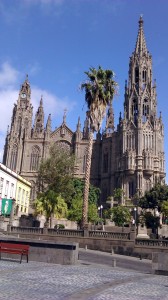 In the north of the island, not far away from Las Palmas de Gran Canaria you can visit some towns as Arucas, Terol, Firgas, Valleseco, Santa Brígida, Moya, Santa María de Guía, Agaete or Galdar. Among all of them, the most touristic ones are Arucas and Teror.

– The Arucas cathedral: In Arucas can be seen its “cathedral” San Juan Bautista Curch (which is not officially a cathedral yet). This church was built between 1909 and 1979 over the ruins of and old temple. The architecture of the current building and its neogothic style makes it one of the most emblematic buildings of the island. 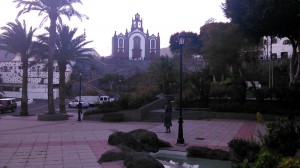 In the centre of the island can be found the best nature routes of the island and some nice mountain villages as Tejeda, San Bartolomé de Tirajana and Santa Lucia.

In the east, you can find Ingenio, among others less touristic towns (Argüimes, Telde, Vecindario or the airport). 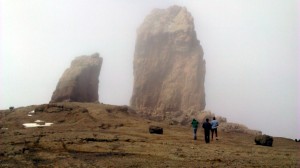 Finally, Gran Canaria has some interesting routes through the mountains. The two most famous places to visit are Cruz de Tejeda (close to Tejeda Town) and Roque Nublo.

Roque nublo (in the photo) is an 1813 meters peak at where excursionists can arrive on foot. From its top, it can be seen an impressive landscape of the peaks nearby and the rest of the island.

You also can visit Pico de las Nieves, the highest peak of the island (1900m.) which has a route that connects it with Roque Nublo on foot (it can take 30 minutes walking aprox).

More touristic places to visit in the Canary Islands