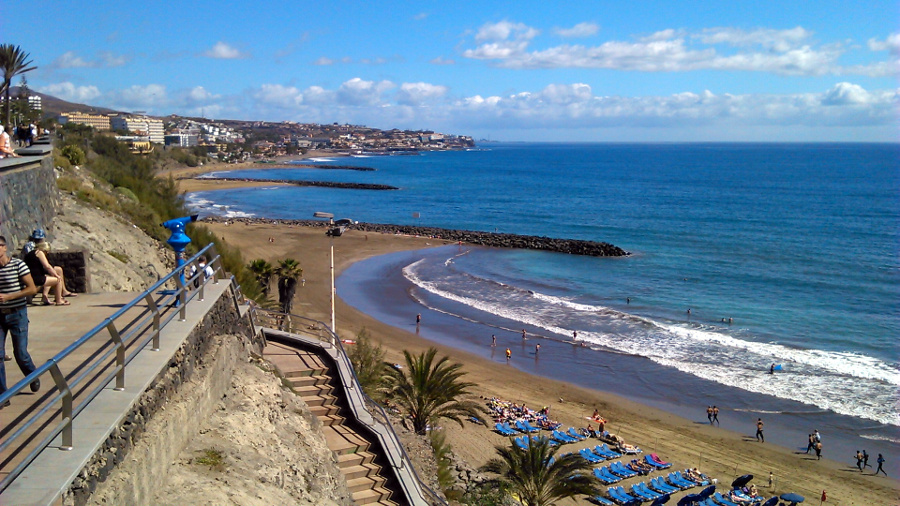 In this article we are going to talk about the best beaches to go in Gran Canaria, the third biggest island of the Canary Islands with 1500 square kilometers (the biggest one is Tenerife with 2000 square kilometers and then Fuerteventura with 1600km^2).

The Canary Islands: A Tropical Paradise 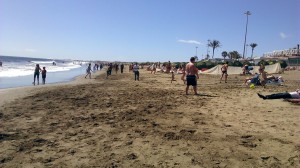 The Canary Islands (Islas Canarias) are a group of Spanish islands located in the west coast of Africa, at the south of the Iberian Peninsula. They are composed by these seven islands: Gran Canaria, Tenerife, Fuerteventura, La Palma, Lanzarote, El Hierro and La Gomera.

The tropical weather of the Canary Islands, its beaches and nature make them a holiday paradise where tourists from all over the world (but mainly from Europe) go there to rest in all seasons of the year.

Gran Canaria is not a conventional island: Its geography and its proximity to Africa creates a strange climate where, while in the north of the island (where is located Las Palmas city) the climate varies between 30 ºC in summer and 15 ºC in winter, in the south (where is located Maspalomas, Puerto Rico and Mogán) the climate is always warm, which means that visitors can sunbathe or go swimming during the four seasons of the year.

At the the south of Gran Canaria is located Maspalomas town, the most touristic zone of the island. It is completely focused on the visitors, with a lot of hotels, apartments, restaurants and amenities. 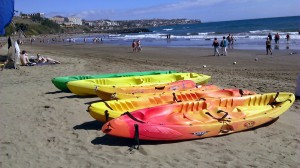 Also the beach has a nudist area and a gay zone, but it’s only in a small part of the beach.

Other beaches in the south-east of the island are the next ones: San Agustín Beach, Pozo Izquierdo beach, Arinaga beach (at Vecindario town) and Vargas beach (at Ingenio town). 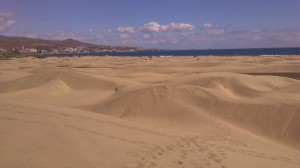 Between El Inglés beach and the lighthouse of Maspalomas, you will see this wide zone of dunes. By climbing them, you will be able to see all the coast of Playa del Inglés.

On the other side of the dunes, there are placed Maspalomas beach and Meloneras beach. 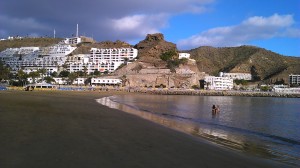 Puerto Rico town (don’t mistake with the south American Puerto Rico country) is another touristic zone in the south of Gran Canaria in where you can enjoy its beach and its landscape.

It is located not far away from Maspalomas, in a sheer zone which has forced its citizens to build their houses in the mountain slopes, creating an impressive perspective. 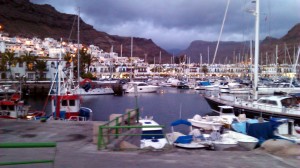 Mogan is another town in the south of the island. In its port you will see the Seaport and more beaches as Mogán, Taurito and Veneguera. Besides, in Puerto de Mogán there is a restaurant zone is its promenade, ideal if you want to eat something while seeing the sea. 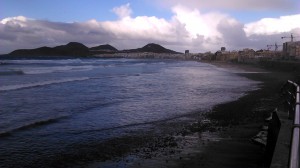 Las Palmas de Gran Canaria is the capital city of the Canary Islands. With almost 400,000 inhabitants this is the biggest city of the islands.

As Las Palmas is in the north of the island, the climate is colder in winter, however this city has a lot of activity, especially for young people who will find a lot of discotheques, Erasmus people and many more.

The Port of Agaete 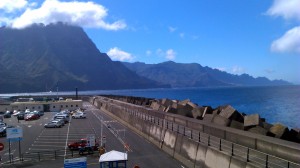 Finally, Agaete is a seaside village located in the north-west of the island, famous for having a rock formation called El dedo de Dios (El Roque Partido). In Agaete you will find the beach Playa de las Nieves.

More places to visit in the island 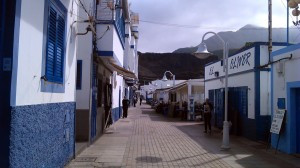 There are many more towns in the north and in the center of Gran Canaria (Arucas, Firgas, Moya, Galdar, Punta de Sardina, Teror, Valleseco…), but they are less touristic than the south ones. Also, in the centre of the island there are some interesting areas to do excursions through it mountains, as the famous Roque Nublo or some towns as Santa Lucía, Tejeda or San Baetolomé de Tinaja.