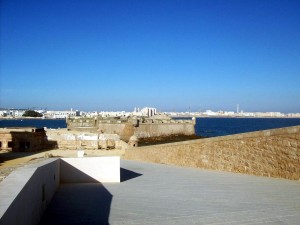 Tarifa is the most southerly town of Spain (without counting Ceuta, Melilla nor Canary Islands) and Continental Europe. It is located in Cadiz Province, Andalusia region. Tarifa is 100km away from Cadiz city, 200km away from Seville and 160 km away from Malaga.

With around 20,000 inhabitants, currently Tarifa is a touristic small city, famous for its beaches, its castle, but above all because of the coast of the city from where you can reach the Strait of Gibraltar and see Africa, or cross it by boat.

What to visit in Tarifa (Andalusia) 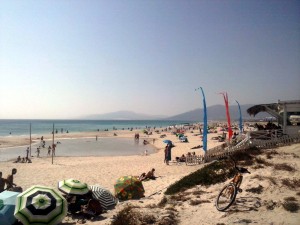 Among the tourists, in summer Tarifa is well known for its beaches, in where you can practice aquatic sports as surf.  However, if you are visiting Tarifa, don’t miss seeing these popular places about what we will talk now:

Baelo Claudia: The ruins of a Roman city

The history of Tarifa began a lot of time ago, in the prehistory. From these times still remain some places, as the Albarbes necropolis or The Moorish Cave (La Cueva del Moro). However, the most important rests are in “Baelo Claudia”, a roman city which were founded in the third century B.C. and developed the next centuries, and whose ruins can been visited nowadays. 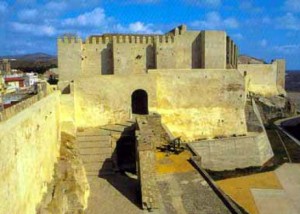 This castle is located in the south of the city, in the top of a hill, bordering the sea. It is said that it was built in the 10th century by Abderramán III. Some years later, in 1292, Tarifa was conquered by the Christians, commanded by Sancho IV.

Because of its strategic location, the castle was military point for many centuries. During this time it was improved and reconstructed many times.

Nowadays the castle is open to visitors. To visit the whole complex can last about 40 minutes. We recommend to visit it, and don’t miss your photos camera: From the towers of the castle you will see an amazing view of the Port , the sea and the Strait of Gibraltar. 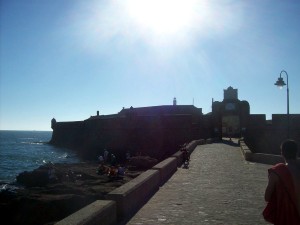 The Strait of Gibraltar is the piece of sea which separates Spain (Europe) and Morocco (Africa). It also separates the Mediterranean and the Atlantic Ocean. In its narrower point the strait measures 14 km, and it is one of the most transited sites of the world.

Pigeons’ Island (La Isla de las Palomas) is a small island located inside the Strait. Nowadays you can arrive at the island by foot following a path from the city. In the island you will find a 12th century fortress, which at first was a small military base, but which have been extended since then until the 20th century covered most of the island.

You can visit Pigeons’ Island for free. It is the officially the southernmost point of the Iberian Peninsula and of the continent of Europe. Also, from there you can see in the clear days the north of Africa.

The Port of Tarifa 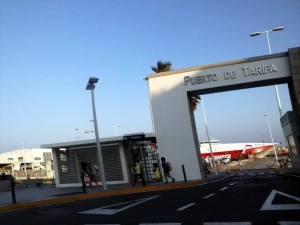 The Port of Tarifa is the closest port near Europe and Africa. It can be seen from Guzman el Bueno’s Castle and also from Pigeons’ Island.

From this small port you can cross the The Strait of Gibraltar by boat and arrive in Tangier (Morocco).

Other places to visit in Andalusia and Spain