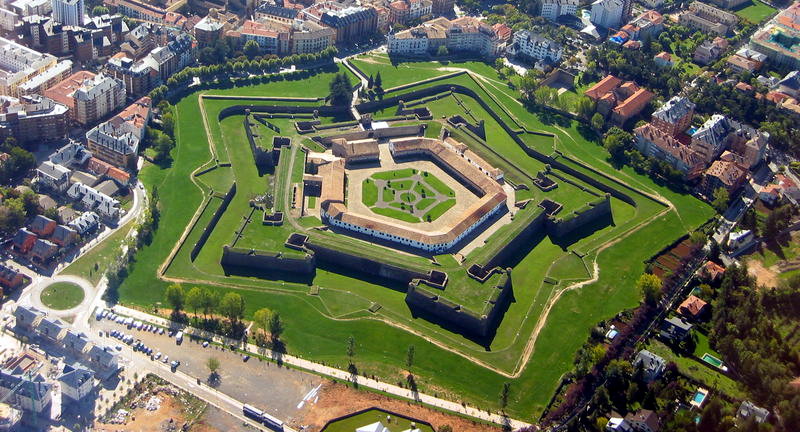 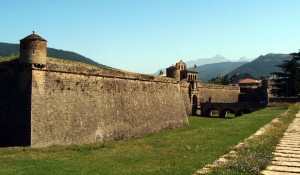 Located in Huesca province, Jaca is the biggest city of the Aragonese Pyrenees, and also the most touristic one. In Summer Jaca is always full of activity and people who want to camp nearby, make excursions through the valleys and mountains, or simply rest. In winter, Jaca is one of the capital cities of the sky in The Pyrenees. 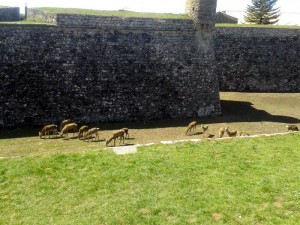 The Citadel is the main icon of Jaca. Its pentagram-star shape and its location, in the center of the city has turned it in a clear distinctive of the region of La Jacetania.

Its constructions started in the last years of the 16th century, ordered by Felipe II to defend this strategical city against the French army. Once finished The Citadel the next century, it had never been damaged or attacked (only in 1809 was taken by France after the capitulation of the city because the lack of people to defend Jaca. Nevertheless the fortress was recovered five years later, in 1814). 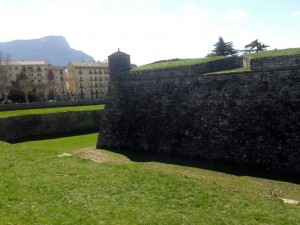 The complex is formed by a fortification with a trench bordering its exterior walls and a drawbridge at its entrance. Inside its five pointed star walls there is a pentagonal construction, a church and a courtyard.

Currently you can visit exterior area of The Citadel for free (its highly recommended to visit it at night). You also can buy a ticket to have a guided visit of its interior. Inside the citadel there is also a military miniatures museum.

Other remarkable places to visit in Jaca city

– The ice palace (Palacio de hielo): Jaca has two ice pavilions where people can do ice skating in its ice rinks all seasons of the year. Both pavilions are located together. The oldest one opened its gates in 1972; the newest one is an olimpic pabillion which was built in 2007 to improve and replace the older one. 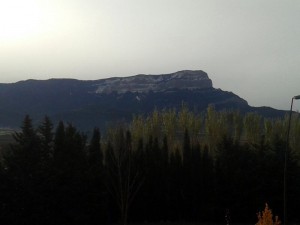 – The pubs and restaurants area (Zona de restaurantes y bares): The restaurants and pubs zone of Jaca is located in the city centre, 4 minutes on foot from The Citadel. Thanks to the citizens and the visitors who come to Jaca to make excursions and enjoy the environment in Summer and ski in Winter, the zone is always full of activity.

– The surroundings of Jaca: Jaca is surrounded by many small towns, campings and mountains. Ideal for excursions!

– Ainsa: With almost 2300 inhabitants, nowadays Ainsa is a touristic village in where many people who enjoy being in nature can visit its old centre and its castle, try the gastronomy of the Pyrenees towns and observe its astonishing landscape. 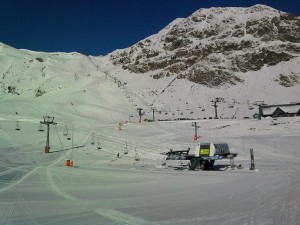 – The Pyrenees: In summer, many people camp in the Pyrenees for discovering its mountains, rivers and lakes, and for practicing sports in this environment. In winter, the Pyrenees ski stations are some of the most frequented places of Spain to ski (with Sierra Nevada at the south of the county).

The Pyrenees can be separated in five zones depending on what region are located: Aragon, Catalonia, Navarra, France and Andorra. The main sky stations of the Aragonese Pyrenees are these ones: Panticosa, Formigal, Candanchú, Cerler, Astún, Javalambre and Valderinares.