The Segovia Aqueduct is the most important roman architecture of Spain. It is placed in Segovia, a friendly city of 50.000 inhabitants located one hour away of Madrid by car or bus. 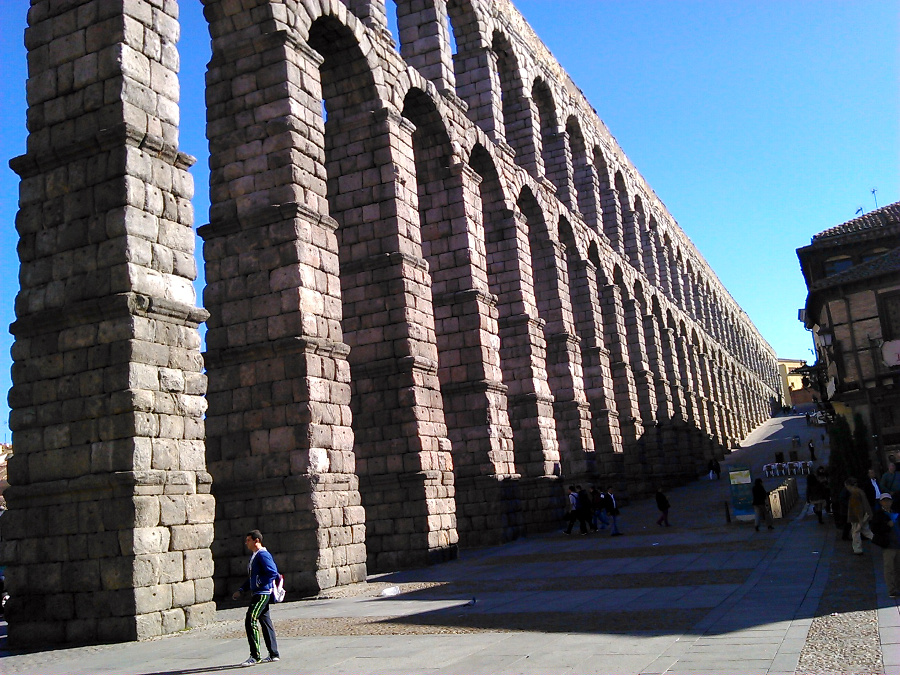 When the aqueduct was built by the Roman Empire, in the first century A.D, its mission was to transport water from Fuente Fria river to the town. The aqueduct covers a distance of 15 km and the structure of its final part consists in 36 stone arches which sustains the water channel.

Nowadays, many tourists visit Segovia to see the aqueduct and other important monuments as The Alcazar, The Cathedral and the old city centre, which are some of the most remarkable monuments of Castile and Leon region. The Aqueduct and the old city of Segovia were declared World Heritage sites by UNESCO in 1985.

What to visit near Aqueduct of Segovia

– Historic centre of the town: The centre of Segovia has a lot of historic buildings, and also it is the perfect place to eat or take a drink in its bars and restaurants.

– Alcazar de Segovia: This is other of the most popular monuments of the city. It is said that this castle is dated from the same ages than the aqueduct, when the Roman Empire was in Spain. Later, in the medieval age it was used as a fortification and as a palace. 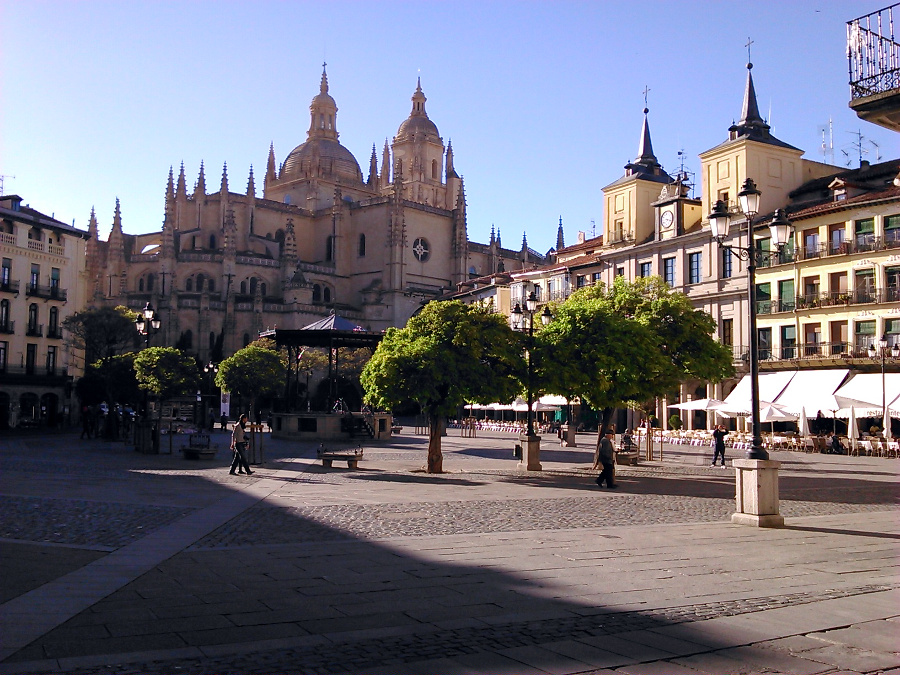 – Segovia Cathedral (Catedral de Santa María de Segovia): This Gothic cathedral is placed in the centre of the city, and it can be seen from Plaza Mayor. The building construction began in the 16th century and it is well known for the Spaniards for its elegance and for its giant dimensions.

– Plaza Mayor (Main Square): As in many other cities of Spain, Plaza Mayor is one of the most traditional squares of Segovia. It is the perfect place to take a rest or drink something while you can appreciate the magnificence of the cathedral.

– San Martín church: Another ancient building placed in the centre of Segovia. Although is not as famous as the aqueduct or the Alcazar, this catholic church was built in the 12th century, four hundred years before than the cathedral.

Map of the old town of Segovia (Spain)

Here you have a touristic map of Segovia (click on it to maximize the map). 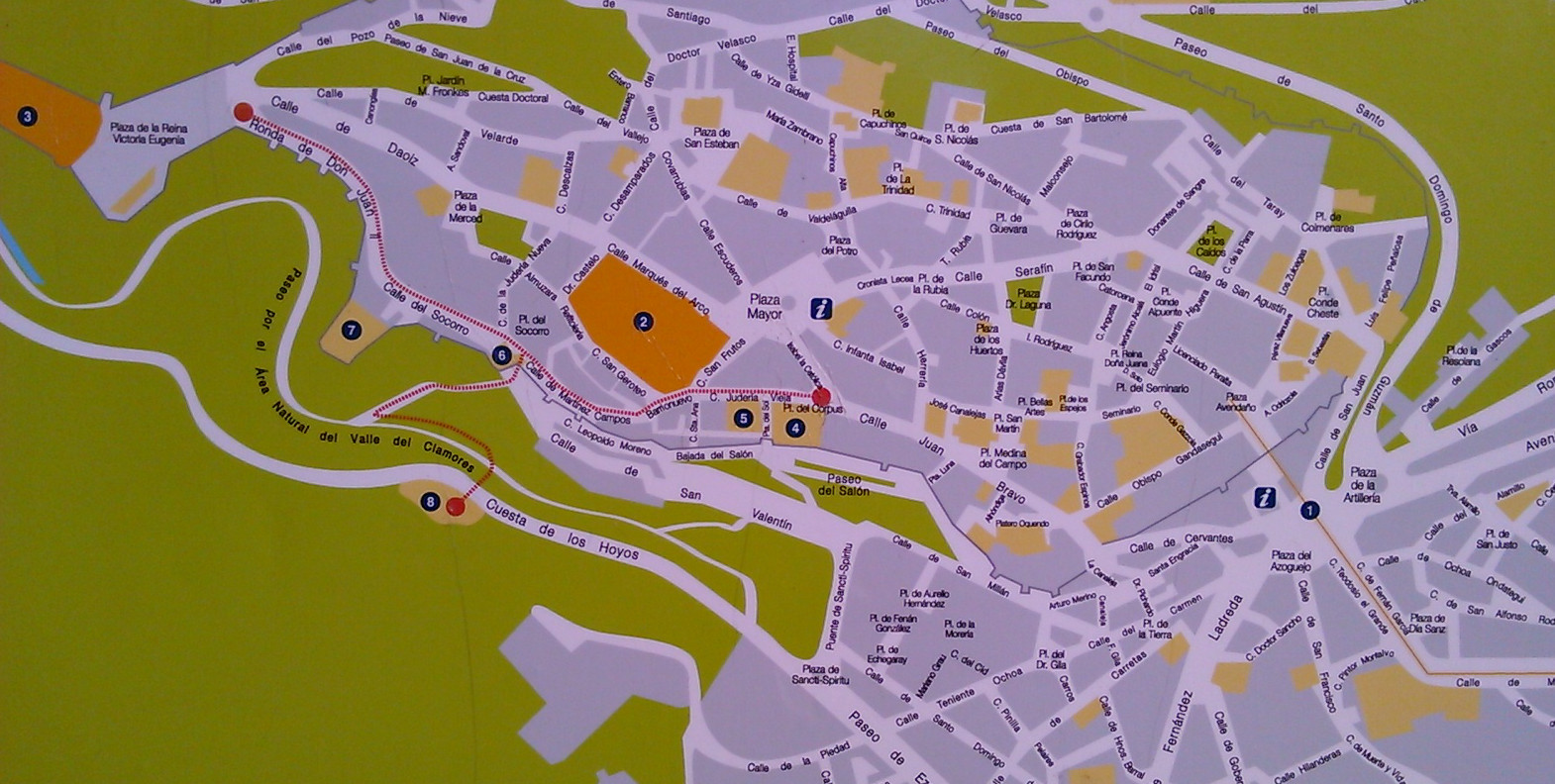 More cities to visit near Segovia