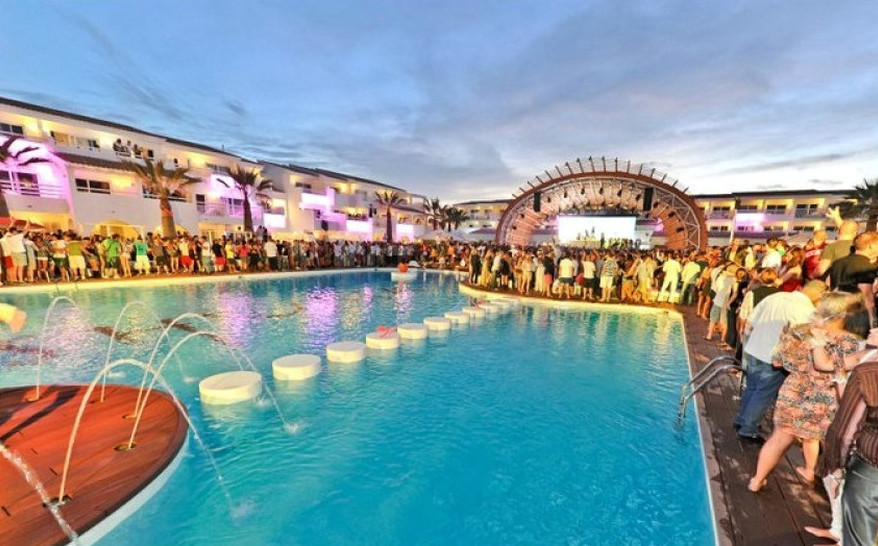 The lively city of Ibiza (or Eivissa) is the capital city of Ibiza island, which is one of the Spanish Balearic Islands (Islas Baleares) in the Mediterranean Sea. Situated on the south-east coast of the island, Ibiza is really a multicultural city with a population of about 50,000 inhabitants. Moreover, Ibiza lies fewer than 90 km off the Iberian peninsula, and its favorable geographical location with an excellent climate all year around certainly make Ibiza one of the best tourist destinations in Spain. Evidently, tourists love the city which has a great atmosphere, with shops, bars, restaurants, terraces and cafés full of stylish young and middle aged people. It is said that Eivissa is the capital city of fun. 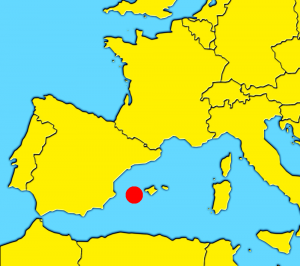 Ibiza has a lot of to offer visitors in the way of gastronomy, architecture, culture, nature, parks, comfortable lifestyle, excellent sandy beaches, water sports, leisure facilities, nightlife, festivals, a wide range of fun and entertaining activities, as well as magnificent buildings and archaeological remains that let them know and enjoy the interesting history of the island. In fact, the Phoenician Ruins of the Sa Caleta, the Phoenician-Punic cemetery of Puig des Molins, the Salines (Nature Park), the Upper Town of Ibiza, called Dalt Vila and the 16th century fortifications were declared World Heritage Sites in 1999 by UNESCO.

Dalt Vila (Upper Town) is the oldest area of the city of Ibiza and an excellent example of a fortified town, its architecture and physiognomy have remained intact since the 16th century. Dalt Vila preserves in its walls and urban areas successive unmistakable cultural imprints of the earliest Phoenician settlements, Roman, Muslim and Corona de Aragón periods through the seven Renaissance bastions. Therefore, no visit to Ibiza will be complete without spending some time in the Dalt Vila.

What to visit in Ibiza town

Firstly, we suggest taking a walk around the vibrant cobbled streets of La Marina neighbourhood, the perfect place to try to experience the local culture, meet the local people, visit shops, eat in a local café, buy some arts and crafts and just sit with a coffee and watch the city go by. 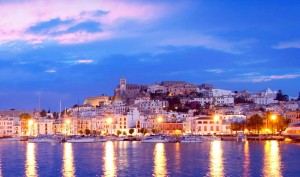 The following days visitors will probably enjoy visiting the Upper Town which has five entrance gates, one at the Reina Sofia Park, but the main one is located in front of La Marina neighborhood near The Old Market (Mercado Viejo) from where visitors can go up to Portal de Ses Taules to arrive at the walled town. Once inside Dalt Vila, visitors can enjoy the spectacular views from the fortified ramparts and the Cathedral square before going sightseeing and shopping. The Gothic Ibiza Cathedral, which was built on the top of the town and on the site of a previous building ( it might have been the Yebisah Mosque), was begun its construction in the 13th century, although its interior was rebuilt in Baroque style in the 18th century. The Cathedral is the most remarkable building in Ibiza dominating the whole city with its Gothic bell tower. Santo Domingo’s church built in the 16th century; the Town Hall building was built between 16th and 17th centuries; La Almudaina –the castle of Ibiza– is dated between 16th and 18th centuries and the Archaeological Museum in Dalt Vila are all worth a visit.

Tourists interested in visiting the Phoenician Ruins de Sa Caleta will go back to 8th century BC. Besides, they will be able to see evidence of urbanization and social life in the Phoenician colonies. It is situated on the southern coast of the island where visitors can also enjoy the beautiful Sa Caleta cove, Sa Canal port, Salines beach, Es Cavallet, a nudist beach to 9 km away from Ibiza city, and Sant Jordi de Ses Salines village, as well as Ses Salines Nature Park. 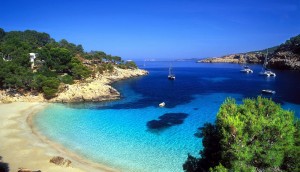 Ibiza has a lot of white sandy beaches and beautiful coves which attract thousands of tourists every year. Almost as famous for its lively nightlife as for its beaches, the island has more than 200 km of spectacular coastline, offering superb diving opportunities and other water sports in its clear water.

– Ses Figueretes, with white sand, is an urban beach very popular amongst the citizens and is within walking distance of Ibiza city. This beach is one of the places from where visitors have the most wonderful views of the Upper Town of Ibiza. There is also easy access to the beach by car and by public transport.

– Platja d’en Bossa is one of the longer and more famous beaches in Ibiza, there are water sports, as well as cheap and luxury hotels nearby. Located about 2 km away from Ibiza city, the Bossa beach is easily accessible by car, by public transport, by bicycle and on foot from Ibiza city. However, this beautiful beach is usually crowded in summer during the day and at night with parties of tourists, because tourists just want to have fun and relax. This beach offers a unique ambiance which is not found in other beaches.

– Talamanca is a quiet beach for sunbathing and swimming, it is about 2 km away from Ibiza city. This pleasure beach is special for children and families being accessible by public transport and on foot. 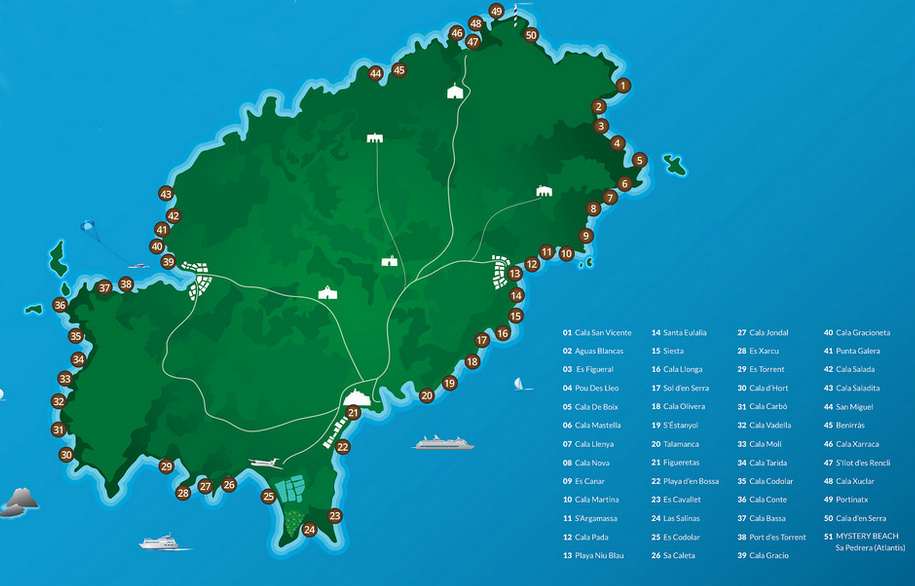 It is easy to arrive in Ibiza either by plane or by ship. Ibiza also provides easy access to the main tourist places.

– Andalucia Region: In the south of Spain, you will find warmth weather, beaches, and a lot more.