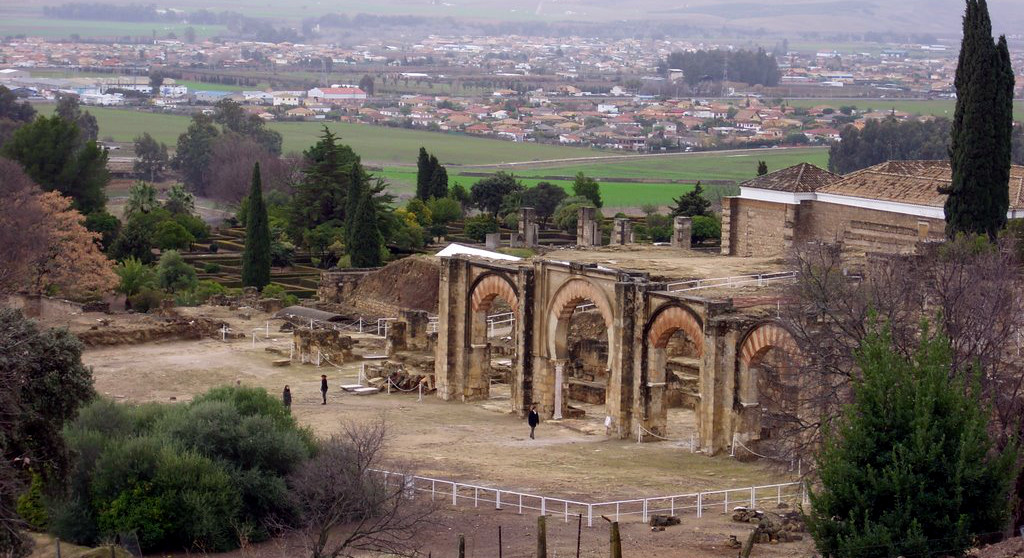 Medina Azahara (Madinat al-Zahra) was a luxury wall city situated on a hill to 8 km away from Cordoba by Sierra Morena Mountain. It was begun its construction in 936 by Abderraman III and finished by his son Alhaken II with the finest decoration in Andalusí style.

Unfortunately the upmarket place, the royal castle, the mosque, gardens, fountains among other things were plundered during the wars in Al-Andalus in the 11th century.

However, important remains of the city can still be seen in the archaeological site. It is worth a visit. There are several buses to go to Medina Azahara, it costs about 9 euros. Another way is to take the buses with tourist guide it costs 20 euros. It is 8 km away from Córdoba.

It can take about 2 hours to arrive at the Medina Azahara on foot from the Mosque, and 14 minutes by bus.

– The Mosque-Cathedral of Córdoba: Situated near the Guadalquivir river in Cordoba is one of the most remarkable and tourist places in Spain and in the world, and the most emblematic building in Córdoba city.

Read also our recommendations about Granada and Seville.