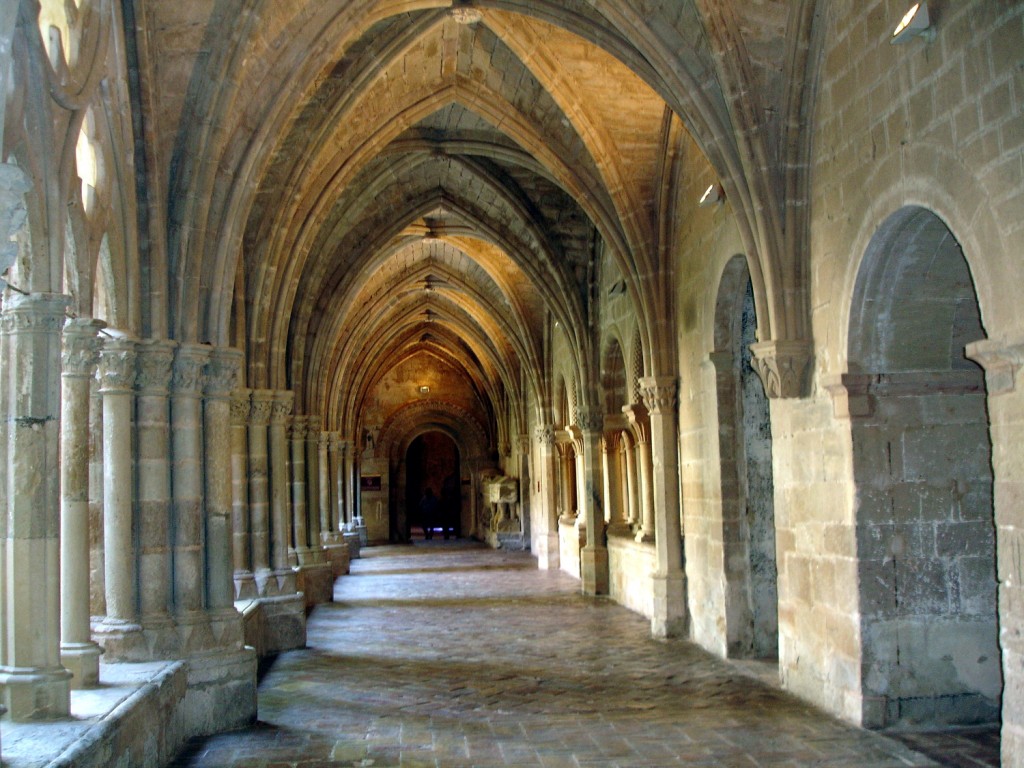 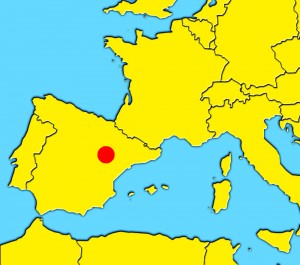 Founded in 1145 by Don Pedro Atarés, Señor de Borja, the Monastery of Veruela (Royal Monastery of Santa María de Veruela – Monasterio de Veruela) was the very first cistercian Monastery established in La Corona de Aragón (Crown of Aragón). In fact, the cistercian monks moved here in 1171 and the consecration of the abbey was in 1248 by the bishop of Calahorra.

The emblematic Royal Monastery of Santa María de Veruela is located in an outstanding quiet valley at the foot of the spectacular Moncayo Mountain, very close to the Huecha River, and 1 km away from the lovely Vera de Moncayo village, in the western Zaragoza province. 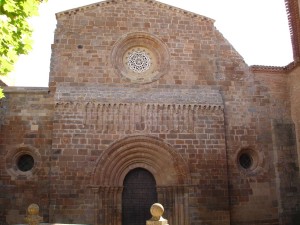 Veruela’s Monastery was certainly built as many cistercian abbeys, a standard layout or a typical design of the cistencian order was repeated with its abbey church beside the cloister and the rooms spread around the cloister. Besides, a vegetable garden and gardens and other buildings such as the mill and the water tank ( aljibe) were separated from the main buildings. 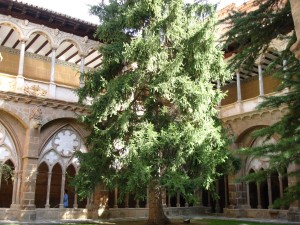 The medieval complex of the Monastery of Veruela was built between 12th and 14th centuries in Romanesque and Gothic architectural styles. Moreover, the Renaissance palace of the abbot and other buildings were built in the 16th century, and a new Baroque monastery was also added next to the medieval cloister in the 17th century, as well as a fortified hexagonal wall, which has remaind intact since 16th century, had been erected around all the buildings and its grounds in the 16th century occupying an area of more than 50,000 square metres.

What to see in Veruela’s Monastery

A fortified tower built in the 13th century in Romanesque style gives visitors a cozy welcome before going into the walled Monastery. 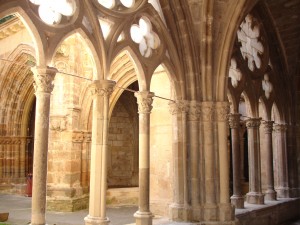 If tourists decide to visit the monastery by themselves, they should not miss the chance to see the breathtaking Church of Santa María de Veruela, which impresses visitors with its measurements of more than 72 meters long by more than 22 meters wide and more than 18 meters high. Being the most remarkable building of the Monastery, the church has three naves and Latin cross plan in Romanesque and Gothic styles dating from the12th and 13th centuries. Its main facade from the12th century in Romanesque style with fine capitals on its portade (gate) shows us the beauty and simplicity of the cistercian architecture. Inside visitors can see: several Romanesque chapels from 12th century; the Virgin of Veruela, a statue of wood carving of Our Lady of Veruela from the 15th century; on the left there are the chapel dedicated to San Bernardo with the beautiful sepulcher of the abbot Lope Marco dating in the mid 16th century and a medieval spiral staircase that goes up to the San Martin’s bell tower dating from the 13th century; on the right, there are the Baroque gate of the sacristy from the 16th century; the magnificent monks door from 13th century that allows visitors to go into the cloister and admired the three sepulchers dating from 12th century on their left; and the converts door that goes into the cilla( storeroom) and the cloister. 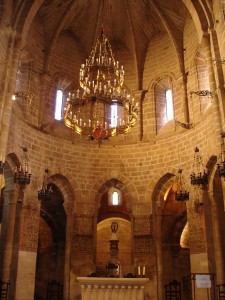 The new sacristy lies among the church, the cloister and the chapter room, here visitors can know more about the beautiful main altarpiece of the church and enjoy the interesting paintings, sculptures, remains of the main altarpiece among other things..

The remarkable chapter room is dated in the 13th century in Romanesque style, here visitors can admire the sepulcher of Lope Ximenez from 13th century and the abbot Sancho Marcilla from 14th century.

The monks room from 13th century in Romanesque style is also worth a visit, as well as the Refectory dating in the13th and 16th centuries in Romanesque and Gothic style that is used for exhibitions.

People should not leave the monastery without visiting: lavatorium, storeroom (cilla), kitchen, warming room, dormitory, new monastery, as well as the mill and the Wine Museum which is situated in the aljibe (water tank).

This beautiful monastery is also renowned because the poet Gustavo Adolfo Béquec and his brother Valeriano stayed here between November 1863 and October 1864 so that Gustavo got over his serious disease. The poet wrote the famous “ Letters from my cell ” during his stay in the monastery.

If tourists are interested in knowing more about this historic monastery, they are allowed to wander around the monastery. Moreover they might come across interesting artwork. By the way, the cistercian monks left this abbey in 1835; after that, in the mid 19th century it become a hotel where a lot of tourists spent their summers. Besides, the Jesuit monks stayed in this monastery nearly one century; and finally, in 1998 the property of the monastery passed to La Diputación de Zaragoza ( Country Counsil ) which maintains it in excellent state of preservation. 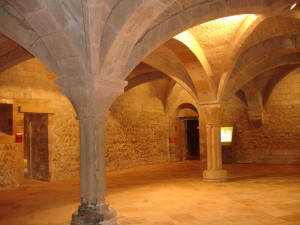 People enjoy visiting Verula’s Monastery and its outanding natural landscape, imagining themselves for some moments back in the medieval period, it can be a unique experience.

More places to visit in Aragon

– What to see in Zaragoza city: With almost 700,000 inhabitants, Zaragoza (Saragossa) is one of the biggest cities of Spain. Its strategical location between Madrid, Barcelona, Valencia and Bilbao, and its proximity to The Pyrenees and France, make Zaragoza one of the most important logistic points of Spain.

– Tarazona: Tarazona is situated in the Queiles valley at the foot of the majestic Moncayo massif, in an outstanding natural landscape of exceptional beauty in the western Aragón.

– Huesca and The Pyrenees.

– Teruel: Located in the south of Aragón, Teruel city is an ideal city to live and enjoy its interesting museums, unique architecture, traditional festivals, delicious gastronomy, among other things.