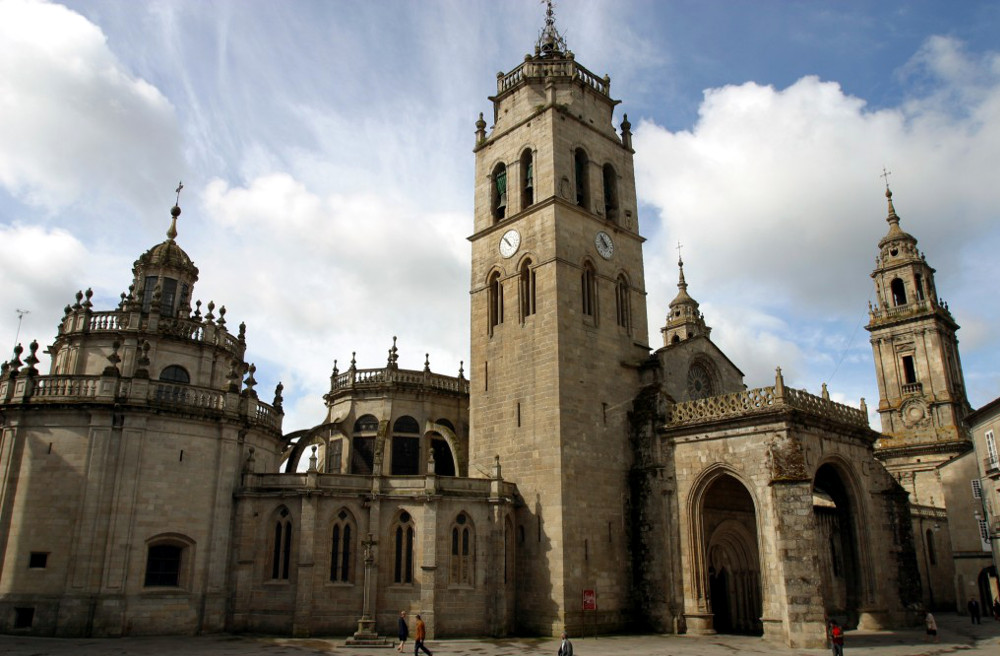 Situated in the northwest of Spain, Galicia region, on the bank of the River Miño with a population of about 100,000 inhabitants, Lugo city has a lot of to offer visitors in culture, architecture, gastronomy, nature, festivals, sport, parks, and above all, its historic Roman wall, which was declared a Heritage World site in 2000 by UNESCO. Moreover. Lugo is surrounded by breathtaking landscape of natural beauty, forming part of the reserve of the biosphere “Land of the Miño” 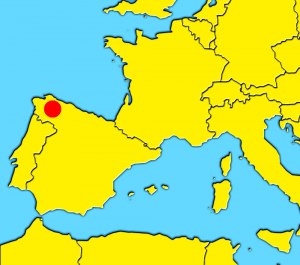 Lugo was founded about the year 14 before Christ by the Romans, who called it Lucus Augusti, and constructed the Roman wall in the mid 3th century. The Suevi ( Suevos) arrived in Lucus Augusti in the mid 5th century and destroyed the town, although the Roman wall was not demolished. After that, the Visigoths were in Lugo until 714 that the town was invaded by the Muslims. Afterwards, Alfonso I king of Asturias ( 693-757 ) reconquered Lugo in 755.

What to visit in Lugo City

The Roman Wall of Lugo was built between the years 263 and 276 AD in order to defend Lucus Augusti, although the fortified wall was not enclosed the whole Roman town. In fact, a part of Lucus Augusti in the southeast of the town was left out of its circle.

Nowadays, the imposing Roman Wall is the most emblematic construction in Lugo, being the unique Roman wall in the world that the entire original perimeter survives intact. The fortified wall has a circular shape and its perimeter measures about 2,150 meters, its height is between 8 and 12 meters, and its width is more than 4 meters. There is a pedestrian street on the top of the wall that is highly popular among citizens and tourists because visitors can see a wonderful view of Lugo while they are walking over the wall. Moreover, the Roman wall has 10 gateways to enter the walled area and 6 staircases and a ramp to reach the pedestrian path over the Roman wall. 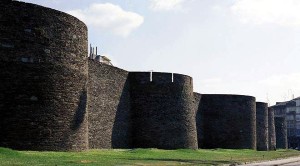 The Romans really left an unmistakable cultural imprint on Lucus Augusti such as, the Mosaics House whose remains tell us that it was built between 1st and 2nd centuries, here visitors can see wall paintings, mosaics, and remains of an important Roman house. It is in the walled area near the Town Hall. Outside the walled area in the south east on the bank of the Miño River are the Roman Baths ( Termas Romanas) built between 1st and 2nd centuries AD and the Roman Bridge built in the 1st century although it has been repaired several times.

If visitors take a leisurely stroll along its pedestrian streets and squares inside the walled area, they will be able to find some of the most remarkable buildings of Lugo, shops, markets, restaurants, typical bars with the famous tapas of octopus and tasty seafood, enjoyable places to rest and have fun.

Episcopal Palace was built in the 18th century in Baroque style, it is in Santa Maria Square in front of the Magnificent Cathedral of Santa Maria near Santiago Gateway.

Town Hall, which is one of the most beautiful buildings in Baroque style in Lugo, was built in the mid 18th century and the clock tower was added in the late 19th century. It is in the Mayor Square.

San Francisco Convent and Church were built in the 18th century in Gothic style. There is a beautiful cloister in Romanesque – Gothic style that is worth visiting. The Convent’s building is used as Provincial Museum where mosaics, paintings, coins, and other interesting Roman things can be seen free.

Arde Lucus is a popular festival for citizens, tourists who want to know and enjoy a real Roman life. Therefore, Lugo really goes back to two centuries ago and becomes Augusti Lucus once a year in June when the Arde Lucus Festival is celebrated. In fact, local people and visitors must wear Roman fancy dresses in order to perform several aspects of daily life of the inhabitants of Augusti Lucus. As for the town, it is plenty of taverns, street markets, live music, dances and all sorts of Roman entertainments. By the way, the Arde Lucus Festival certainly attracts more than 500,000 people every year. Obviously, it is well worth visiting.

Anyway, If you are thinking of enjoying Galicia, we certainly suggest visiting Lugo during the next Arde Lucus on 19th, 20th and 21st of June, 2015.
Lugo is 500 Km. from Madrid.

– Galicia: The region where is places Lugo. In Galicia you can visit other cities as Santiago de Compostela or A Coruña.